Three-bed terrace at Number 75, asking €1.6m, is among a number of homes currently on the market on this popular road 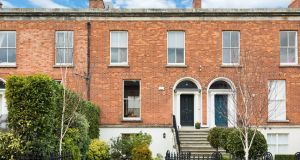 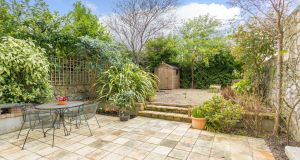 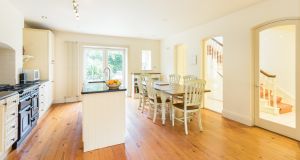 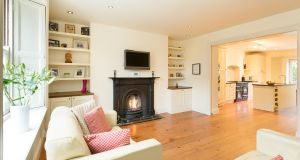 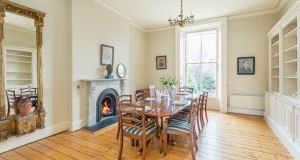 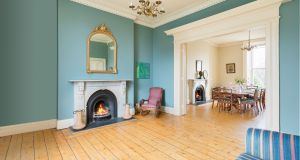 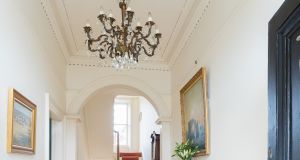 Though it’s marred slightly by heavy traffic during rush hour and school times and slow sets of traffic lights at both ends, it is blissfully quiet at weekends and in the evenings.

There are shops, bars and restaurants on the doorstep and it’s a road that has seen a lot of For Sale boards go up and come down in recent times. Since 2010, 17 homes have registered as sold, according to the property price register with a further two currently for sale and another two sale agreed.

Number 75 is the latest period redbrick to sport a For Sale sign. The three-bed mid-terrace property measures 217sq m / 2335sq ft and is seeking €1.6 million through agent Sherry FitzGerald. The two-storey over-garden style Victorian has a north-west facing garden to the rear and off-street parking to the front.

The house has only had a handful of owners since it was built in the late 1880s. According to the current owner, it was at one point owned by a guard, a single man with a housekeeper to whom he left the property when he died. She lived there for some 70 years rearing her family and renting out the top floor to a family member.

When the current owner bought it in 2000 there were earthen floors at garden level covered with quarry tiles which have since repurposed as a patio. It took two years for the architect and builder Bill Lawlor, now retired, to lovingly refurbish the property. They retained its original features including large sash windows and shutters, high ceilings at all levels (and particularly striking at garden level), pitch pine floorboards and fine cornicing and ceiling roses. The kitchen benefits from additional light from the hall thanks to the clever use of internal glazed panels in the dividing wall, set into the original brick arches.

The interconnecting reception rooms are bathed in light with the living room to the front a shade of Blue Grey by Farrow & Ball.

Upstairs there are three bedrooms with views from the back of the house across to Carlisle Square. The family bathroom is situated at the top of the house. There is space to build out into the back garden (subject to permission), which is currently about 13.5m long.

On the opposite side of the road, and larger in size at 265sq m is number 76. A semi-detached four-bed (all en suite), it is currently seeking €1.6 million through agent Youngs. It has a 13m-long garden.

Four doors up, number 82, a semi-detached five-bed, of 279sq m with a gym and an imaginatively landscaped rear, is asking €2.4 million through Sherry FitzGerald. Number 43, a four-bed mid-terrace property of 230sq m came to market asking €2 million and went sale agreed at above its asking. Number 54 sold last July for €1.725 million.

What will €445k buy in Dublin 2, Portugal, Spain, France and England?

Blues and hues on smart Ringsend terrace for €495k