Is this Dublin 8’s coolest home? A film-maker’s vision in Portobello

Number 93 South Circular Road was purchased in 2003 by the current owner Conor Ferguson and his family, when the property was in a series of flats 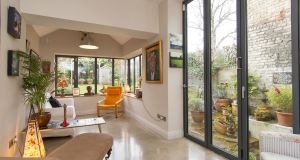 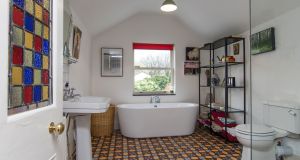 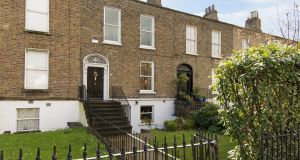 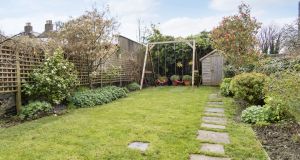 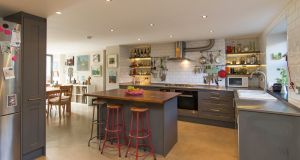 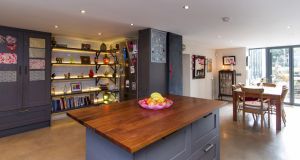 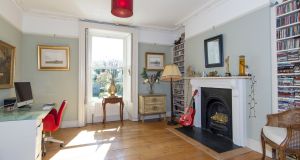 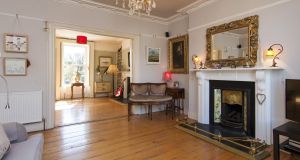 Number 93 South Circular Road was purchased in 2003 by the current owner Conor Ferguson and his family, when the property was in a series of flats.

“It was all over the place – we found a shower and loo in what was a closet – but thankfully all the period details remarkably survived,” says photographer and film-maker Ferguson.

The house was renovated in three phases. The latest, in 2014, saw an impressive extension added to the rear taking full advantage of the southerly aspect.

Designed by architect Mark Price, the extension added a floodlit sunroom to the rear. With corner windows overlooking the garden, the double-height room features concertina doors which open out onto a tiered patio which links to the kitchen – providing a super space for outdoor entertaining.

The kitchen is in a cool industrial style, with exposed ducting, subway tiling and Miele appliances. It opens onto the dining area. 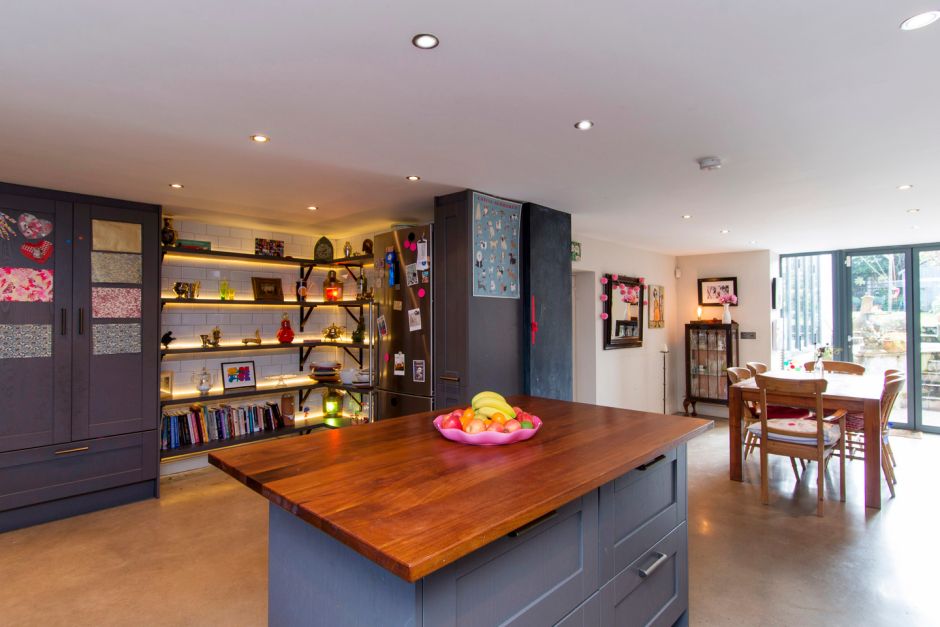 Ferguson engaged a film set designer to add ambient lighting behind the open shelving, which – on a dimmer – sets the atmosphere for dinner parties.

The reception rooms at hall level feature intricate coving, seamlessly restored by the Old Mould Company, and the original wide-plank pine flooring has been polished to create an elegant space.

The reception room to the rear is currently used as an office by Ferguson whose short film, the darkly comical The Wednesdays, took 15 awards worldwide. New owners may want to use this as a formal dining room.

In a nod to humour one of the children’s bedrooms has AstroTurf flooring, a literal carpet of grass.

The bathroom on the return is now a wet room and features a freestanding bath on beautiful Moroccan tiling from Mosaic Del Sur, which also features in the downstairs toilet and outdoor seating area,

Decor throughout is a mixture of contemporary and classical and Ferguson’s oversized photographs decorate the space along with many collectables gathered on family holidays.

The property standing at 195sq m is in turn-key condition and is for sale through agent DNG with an asking price of €795,000.