Bright suprise that’s hard to find in Blackrock for €645k

Once you’ve located 5 Rosehill, you’ll be taken by this modest, modern renovation 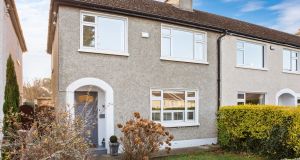 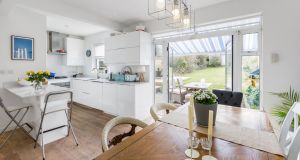 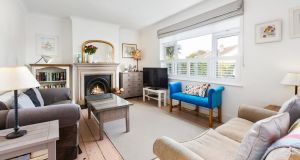 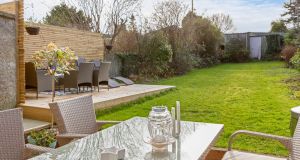 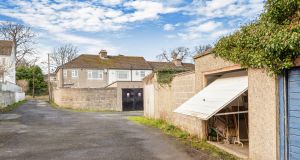 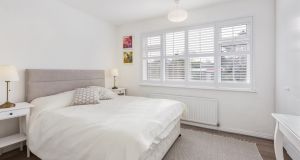 The bright, modern home behind the exterior of 5 Rosehill, off Carysfort Avenue, Blackrock, is a bit of a surprise. The modest 1950s terraced house has been renovated and extended since its owners bought it eight years ago; now it’s all white walls, oak floors, original panelled doors and a large open-plan kitchen/diningroom opening into an unexpectedly long back garden.

Located on a short stretch of road called Newtown Park, between Newtownpark Avenue and Carysfort Avenue, this 99sq m (1,065sq ft) three-bed end-of-terrace is for sale through Sherry FitzGerald seeking €645,000.

The layout is simple: to the right of the front door is the livingroom, with original timber floorboards, a granite fireplace with cast-iron inset and plantation blinds on the window.

The short oak-floored hall opens into the extended rear of the house: the large, open plan kitchen/dining room is bright and also floored in solid oak. The kitchen has white high-gloss units and a breakfast counter. The washer and dryer are housed in a shed outside.

Double-glazed doors open out to the back garden; south-facing, it has a patio with a blue-and-white striped awning overhead and a separate large decked area a little further up the garden. The rest of the garden is set in lawn, with shrubs bordering it. It slopes up to a garage, now used for storage, which opens out to a lane with access onto Carysfort Avenue.

Upstairs, there are three bedrooms, two doubles and a single, and a separate toilet and family bathroom, both with black-and-white tiled floors. The two doubles have built-in wardrobes. The house has gas-fired central heating and an E1 BER rating.

Number 5 Rosehill is very conveniently located, not far from Blackrock village and a short walk to the entrance to the newish Dunnes Stores supermarket on the corner of Newtownpark Avenue and Newtown Park. It’s not easy to find, given the mysterious street naming practices in the neighbourhood. For example, Rosehill is the name of this terrace on Newtown Park but also the name of houses around the corner, actually on Carysfort Avenue. Use Eircode if you’re trying to find it.

I rely solely on rent for my income, what are my options?