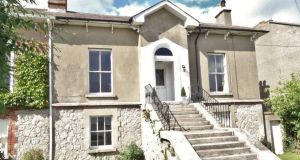 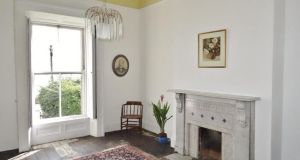 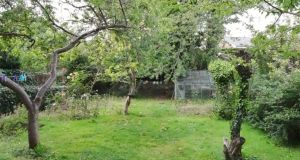 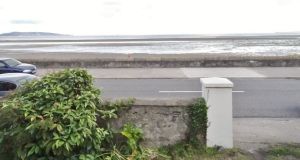 The late Mai Geldof spent all her life at Beau Rivage on Strand Road in Sandymount: 106 years to be precise.

The Victorian double-fronted villa was originally home to her father, Zenon Geldof, a Belgian immigrant from Ypres.

Zenon, a master chef, oversaw many of the finest culinary establishments in Ireland at the turn of the 20th century, and was awarded Chevalier de L’Ordre de Leopold II, the highest order in Belgium, by Albert, King of Belgium, in 1929.

He was also one of the first members of the Irish Tourist Association – now Fáilte Ireland.

His sons Sonny and Bob – father of singer Bob Geldof – were born in the house which will be auctioned by Bennetts Auctioneers with an AMV of €1.45 million on October 1st.

Mai, a formidable adventurer and superb fly fisherwoman, spent her days as a dressmaker in her salon on Wicklow Street and travelled to Lough Mask most weekends to fish.

She learned to drive at the tender age of 70, witnessed the Nazi invasion of Austria during the second World War, and dined each afternoon in her greenhouse surveying her garden, according to niece Jenny.

The 229sq m (2,464sq ft) house, in need of updating, has many impressive details including intricate cornicing in the front hall and drawing room.

Set over two levels, all rooms have original shuttered sash windows, fireplaces and solid floors – which are now exposed for the first time since the villa was constructed in the 1860s.

Currently laid out with three reception rooms, four bedrooms and a kitchen, new owners have a multitude of options to reconfigure the house for modern living.

The rear garden, which stretches to 100ft in length, is now overgrown, as centenarian Mai, who died in January, was unable to tend her beloved space in later years.

However, its size offers scope to extend – subject to planning – while still maintaining a decent sized garden.

The views to the front speak for themselves – the ebb and flow of Dublin Bay have been enjoyed by the Geldof family for well over a century.