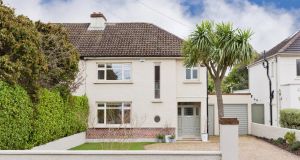 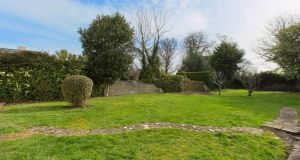 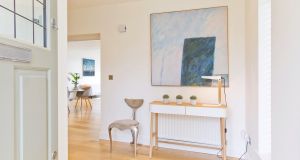 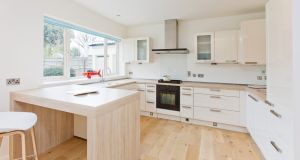 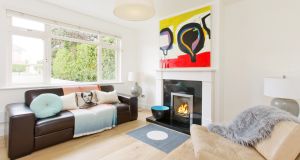 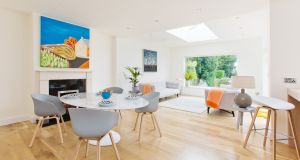 Number 76 Trees Road Lower last changed hands in late 2012 when the current vendors bought from a family who had lived there for many decades. It was in need of modernisation and this was quickly completed by the new owners who then put it on the rental market.

This popular Mount Merrion road continued to be developed long after John Kenny had finished building his section in the 1930s and number 76 on the lower section of Trees Road dates from the late 1940s. The semi-detached house has four bedrooms – two doubles and two singles – and the most significant change in the renovation upstairs is the bathroom where two rooms were knocked into one to make a fully tiled bathroom with bath and separate shower cubicle.

Where the layout was significantly changed was downstairs, starting at the front door. The original deep-set open porch was incorporated into the house to create a good-sized hall, with oak flooring. A new front door, a replica of the original, was sourced, and two new slim vertical windows in the hall echo the long window in the front façade. There’s now a guest toilet off the hall. There’s a living room to the front where the original tiled and timber chimneypiece has been replaced.

An extension to the rear brought the house to 138sq m (1,485sq ft) and created an L-shaped space with a kitchen, dining and seating area. There is a long lantern rooflight in the extension as well as a very large picture window, while glazed doors also open to the rear patio making this an area where light has certainly been brought in.

The south-facing rear garden is 33.5m (110ft) in length and could be greatly improved with some landscaping. While the renovation work was done in 2012, there is considerable further potential to extend in the garage to the side, and up into the attic; the landing is spacious enough for a staircase.

The tenants are now gone and the house has been freshened up for sale with walls painted and floors sanded.

Surprisingly, given that the renovation was completed so recently, the Ber is a chilly E1.

There is off-street parking for two or three cars in the partially gravelled front garden. Sherry FitzGerald is selling 76 Trees Road Lower, seeking €950,000.