A country house fit for The Favourite in Co Clare for €1.95m 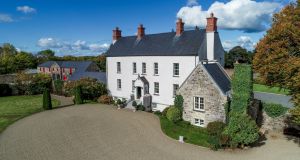 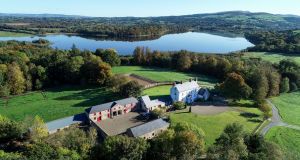 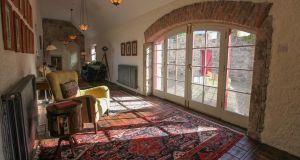 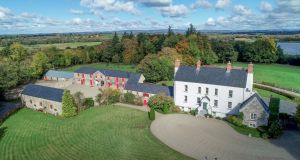 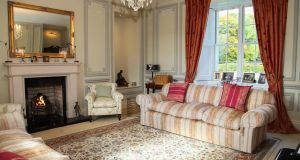 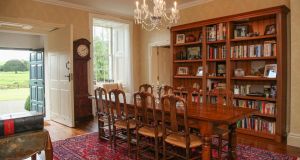 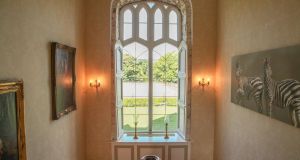 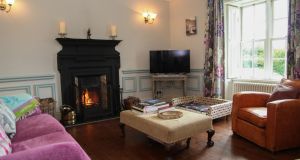 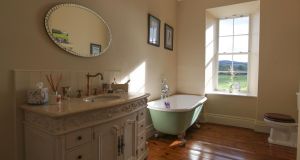 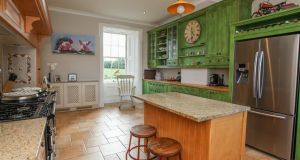 Recent film The Favourite (and Olivia Colman’s performance) excited interest in the life and times of Queen Anne (1702-1714) and afforded glimpses of the period’s elegantly simple manor homes.

Woodfield House, on the shores of Doon Lake at Broadford, Co Clare, has arrived on the market to show off its 1710 manor house design lines, style and livability with impeccable timing.

The house, together with 34 acres of flourishing woodland, gardens and lake as well as original, restored stone-fronted outbuildings, is for sale through agent Sherry FitzGerald Country Homes with an asking price of €1.95 million.

With more than its share of history – the grounds once extended to 2,000 acres and children of estate workers had their own private school – Woodfield House is a survivor featuring fine design, workmanship, materials and comforts from times past to present. Vendors Katrina and John moved in on February 13th, 2014 – “the day after the big storm” as Katrina recalls. With 70 trees having been brought down by winds, their priorities, she says, were decided.

“We had to do the work on the forests. We enhanced, cleared out and put in pathways. The previous owner had invested in the house interior, so we invested in the stables and courtyard. We took on conservation stonemasons who ensured that the spirit of the place was not lost.” (Part of this involved taking down and entirely rebuilding a library, stable boys’ residence and outside toilet.)

They rewired, replumbed and roofed the main house, revamped the décor – “mostly the bathrooms and kitchen” – and went on to enjoy “a layout that allowed for sharing and having people stay, as well as the stunning beauty around” for the next five years.

A new baby, and their London base, means Woodfield has become “non-viable” and so they are selling. The asking price reflects the €1.35 million buying price and the almost €1 million invested in improvements.

The reception rooms are something of a moveable feast in that the large, atmospheric hallway doubles on occasion as a diningroom, and a stone-flagged walkway to the library offers peace and a place to linger. There are historical echoes throughout the house – reveals around the arched window on the main staircase are especially resonant. All of the ground floor rooms have rear and front views of the gardens, oak woodlands and Doon Lake (notable for its coarse fishing, bird and otter life). The grounds also include rebuilt stone-cut walls, an all-weather sand arena, paddocks, lawns and entrance drive.

A one-bed home to the side of Woodfield House is ready for caretakers to live in. Planning permission from 2015 allowed for the addition of guest accommodation and more in the carefully rebuilt cut-stone courtyard stables – already home to three stables, a workshop, tackroom and storage. Located a 25-minute drive from both Limerick city and Shannon Airport, Woodfield House does not have a preservation listing. A BER C1 rating for a house its age is an impressive indicator of the solidity of its original stone structure.

‘We treat surgery as kind of icing on the cake’
5

Lockdown letters: ‘Life is all about making connections’
7

Elizabeth Gilbert: When a magical idea comes knocking, you have three options
8

Readers on sibling bullying: My tormentor was there every day . . . waiting
10

‘What can we do to stop our neighbour’s smoke leaking into our home?’
Real news has value SUBSCRIBE