Fruits of a friendship forged in the garden

‘A Tale of Two Gardens’ is lovely, poignant, informative, and elegantly written 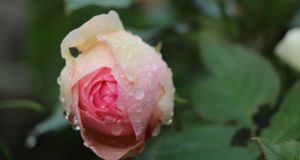 A dewy summer rose, from A Tale of Two Gardens. 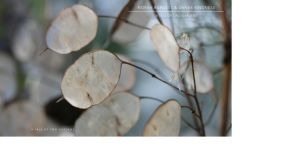 The cover of A Tale of Two Gardens.

One of the great things about gardening is how it can bring people together: many lifelong friendships have been nurtured by a mutual love of plants and the delight of discovering someone with that same fascination for the lovely, leafy things with which we share our world. An example is the long friendship between the Belfast-born gardener Danae Kindness and the Carlow gardener Norah Burgess. Back in the late 1990s, as recent arrivals to the county of Carlow, Kindness and her then-husband had bought an old lodge house outside Tullow, which came with an empty ½ acre of gardens. She was on the hunt for some green-fingered inspiration, and someone told her about Burgess’s excellent country garden in Tobinstown, which in those days was open to the public. “I still remember the moment we met,” says Burgess , “right down to the exact spot in my garden where we were standing when we started chatting.”

The two women quickly formed a firm, close bond, swapping plants as well as tips on all matters horticultural. In the early days of their friendship, Burgess acted as a sort of gardening mentor to Kindness, whose relative lack of experience as a gardener was nonetheless counterbalanced by huge enthusiasm, curiosity and interest. As her confidence (and her garden) grew, it became a friendship between horticultural equals.

In 1999, the friendship between these two passionate Irish gardeners became the subject matter of a weekly gardening column in the Limerick Leader, in the shape of a series of conversational letters in which Kindness and Burgess exchanged their observations and opinions on everything from the workings of the compost heap to the merits of fresh figs. The column was suffused with their love of plants as well as the obvious deep affection the two women had for each other. “Dear Norah, I thoroughly enjoyed the tour of your iris collection . . . what a great aperitif to the luxuriant summer borders soon to follow” . . . “Dear Danae, I must begin by telling you my solution to the problem of slugs and snails in the garden” . . . “Dear Norah, I was awe- struck by your fascinating discovery that lightening storms create nitrogen in the soil and hence add to the soil’s fertility. . .”.

Hugely popular, it ran for two years, shortly after which Danae Kindness left Carlow and moved to London. But their close-knit friendship endured. In 2007, Kindness was diagnosed with breast cancer. Although she initially made an excellent recovery, the disease eventually returned and she died in January of this year. It was while Burgess was visiting her good friend in Belfast last year (where Kindness was then living) that the two women hit upon the idea of publishing an edited version of that much-loved column in book form. “Danae suggested that it would be lovely to bring our letters back to life, rather than to leave them mouldering in a dusty old folder somewhere. And I’d self-published a book before, so I knew what was involved.”

Last January, in the final days of her friend’s illness, Burgess travelled back up to Kindness’s Belfast home along with fellow Carlow gardener and friend Cornelia McCarthy. Ensconced together on the sofa, they decided which of the original column pieces would make the final cut as well as which images should be used (almost all are the work of Burgess, a very competent amateur photographer).  “Five days before Danae, died, she emailed me the final edits. So although she never got to see the book in its final physical form, she knew exactly what it would look like.”

The result is the lovely, poignant, informative, elegantly written and handsomely illustrated A Tale of Two Gardens. Out of an initial print run of 500, only 30 or so remain unsold, with the proceeds being shared between two charities, the Marie Curie Hospice in Belfast and the Carlow Kilkenny Home Care Team. Many copies were sold at Kindness’s memorial service in Belfast, where Burgess read out a section of the book in which Kindness writes about the workings of the compost heap, one of her lifelong loves and obsessions. “People were in absolute stitches. It summed her up so well; her fierce enthusiasm as well as the joy she got from gardening.”

For Burgess, A Tale of Two Gardens is the memorial to a long and happy friendship. “I’m so glad that we got it done together, that even the tremendous sickness she was suffering didn’t get in the way, and that a memory of her now lives on through our book.” What gardening lessons did Kindness teach her? “Many, but perhaps most of all she taught me a deep appreciation of home-grown food. As someone who lives on a farm, I’d almost taken for granted the fact that we get to enjoy our own homegrown vegetables and meat. But Danae, who grew up in a city, took such a huge delight in it that it opened my eyes to how lucky we were.” A limited number of copies of A Tale of Two Gardens are still available to purchase by emailing Norah Burgess at ataleoftwogardens@gmail.com or by calling her on 087-6529045. Once these copies are sold, Burgess is happy to put people’s names on a waiting list, as a second print run would require a minimum order of 100.