Auctions, results and fairs dates for your diary 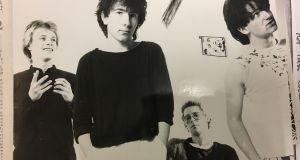 Wednesday, September 4th, Victor Mitchell, Mount Butler Rooms, Roscrea, to include a selection of period furniture and an important Donegal carpet, in addition to 100 lots from Kenny’s warehouse in Galway. See victormitchell.com

Tuesday, September 17th Sotheby’s, London, the complete, multi-artist album Les Peintres-Graveurs; the collection owned by Ambroise Vollard, one of the most important art dealers and publishers of the 20th century. Vollard was largely responsible for the validation of lithography as an art form, and this collection of 22 prints includes one of Edvard Munch’s most famous motifs, Angst (or Le Soir). Produced in collaboration with the eminent Parisian printmaker Auguste Clot, the subject was the first colour lithograph ever produced by Munch, who went on to become one of history’s most prolific and successful printmakers, £500,000-£1 million. See sothebys.com