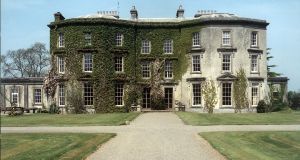 Loughton House in Moneygall, Co Offaly: 91 per cent of 2,700 lots under the hammer were sold and the house is still on the market for €2.75 million.

Sheppard’s marathon four-day auction at Loughton House in Moneygall, Co Offaly concluded last weekend after more than 2,700 lots went under the hammer and 91 per cent sold. The amount realised by the sale was not disclosed. The lots had been consigned by the owners of Loughton House – Dr James Reilly and his wife Dorothy – and other unnamed clients.

Sheppard’s said the buyer was Galway businessman Pat McDonagh, founder and managing director of the Supermac’s fast-food chain and owner of the Barack Obama Plaza – a services area on the M8 motorway just outside the village of Moneygall built following the visit of the US president.

In a statement issued via the auction house , Mr McDonagh described the archive “part of a tapestry of history” and that his “first priority” was its “preservation for historians, the community and the country”.

The statement said: “Mr McDonagh commended Offaly County Council for their interest in working with Supermac’s for the preservation of the papers” which will be digitised, and that “historians owe a debt of gratitude to the owners of Loughton House, Dr James Reilly and his wife Dorothy”.

Mr McDonagh “confirmed also that the visitor centre at the Barack Obama Plaza will host a Loughton House section, where extracts from the archive will be displayed on a rolling basis.” He said the plaza would work to ensure that the heritage of the house was not lost to the community, adding that he would encourage local and expert input to ensuring that the archive would be educational, appropriate and accessible.

Loughton House itself is still on the market, for sale by private treaty through estate agents Ganly Walters, with an asking price of €2.75 million.