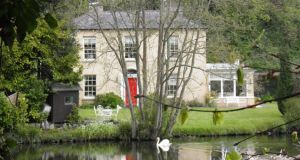 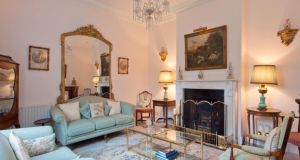 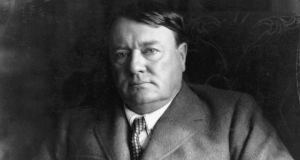 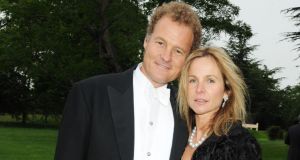 Alfred Harmsworth is best remembered as the man who revolutionised the British newspaper industry, wielded unmatched power “over the classes and the masses” and destroyed the career of British prime minister Herbert Henry Asquith.

However, decades before Harmsworth founded the Daily Mail and became Lord Northcliffe, he had played as an eight-year-old boy in the orchard of a house in Chapelizod, whose gardens slope gently down to the Liffey.

“He kept referring to it. It was a special time in his life, that’s why we know about it. I think they were his happiest days,” says Lord Rothermere, chairman of the Daily Mail & General Trust and Harmsworth’s great-great- grandnephew.


Almost 150 years
Today, following a gap of almost 150 years, the house is back in the family’s hands. It is somewhat larger now, but it is still identifiably the house of Harmsworth’s childhood. “The family has always known about the property because it was where Alfred was born. It is in the family literature. It was obviously an important part of my family,” says Rothermere.

Its return to the family began with a visit by Rothermere to Dublin almost a decade ago, when he was shown around by its then owners. “It is a beautiful property. It was very nice of them. So I said to them, ‘Let me know if you ever want to sell’.”

When the house, which dates from 1846, was put up for auction by Lisney last May the family asked the auctioneers to ensure Rothermere was informed, though, by then, he had already heard.

A Daily Mail executive had sent him a clipping from The Irish Times , while a relative, Vyvyan Harmsworth, had also noted the auction of the property, which was listed for €680,000.

Just months before his death in October, family friend Padraic Fallon had also been in touch to alert Rothermere of the sale. “So I hatched a plan to buy it. Padraic was in hospital at the time with cancer, but he got in contact with the chap that helped him buy property in Dublin and he helped organise the purchase of it,” says Rothermere.

Harmsworth lived in Sunnybank, Chapelizod, until the family moved to London when his father, also Alfred, became a barrister in London’s Middle Temple.

As Sunnybank has just three bedrooms, it would have been quite a squeeze for the Harmsworth family, which eventually included 17 children. But the house enjoys one of the best aspects in Dublin, with a front lawn running down to the riverbank. It is easy to see how Lord Northcliffe had fond memories of living there.

For now, Sunnybank has been rented: “We had a plan of doing some kind of memorial to Alfred. He was obviously a great Irish man, but I haven’t had time to bring it to any stage of accomplishment.

“When I have a bit more time and [am spending] less time fighting press regulation over here I’ll do something with it,” says Rothermere, one of those most opposed to the fruits of the Leveson inquiry.


Proud of roots
“The family are very proud of our Irish roots, actually. The property is wonderful. I owe a great deal of gratitude to Alfred, he was a remarkable man at all sorts of levels. That’s why I wanted to buy the house, in respect for him and where we came from. Who knows, maybe even one day my family will move to Dublin from London. For now we’ll set up something to Alfred, if we can find something appropriate,” says Rothermere.

However, Sunnybank’s many charms are unlikely to be graced by the lord, his wife and five children, since they usually reside at the palatial Ferne House in Wiltshire.

The original Georgian property on that site was demolished in 1965, as were so many other aristocratic homes at that time. But the Rothermeres’ replacement country house, which they built from scratch, has been described by Country Life as “one of the best country houses to be built in the last 70 years”.