Can builder remove my wall and make me settle for something else? 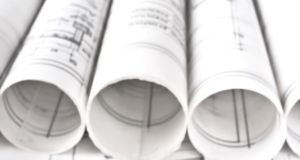 Is the wall a party wall?

Q. My wife and I bought our home in 1975 and we have lived there since. It is one of a row of houses on the outskirts of a town. In 1997 we had a boundary dispute with our neighbour and it was decided by a court. There was a map attached to the court order. After this things were very clear. Those neighbours died and a developer purchased the house next to us and the field to the rear of our house. There was planning granted for a large development but it never went ahead and the property ended up in Nama. A new developer emerged recently and since purchasing the land has removed our boundary wall, the one shown on the map attached to the court order, without our consent. I had thought that the local authority approved its removal but it turns out there is no planning permission for what was done. Can he remove my wall and pier and make me settle for something that wasn’t there before?

A. You did not confirm if the court order included the construction of the wall, or if it determined the boundary line only. The position is as follows:

(a) If a wall was constructed along a boundary line determined by a court order, by one or other party, or jointly by both parties, it is a party wall and should not be removed by one party without the consent of the other, irrespective of whether or not the court order included its construction.

In your case it appears that the wall had been there for several decades, and, unless there is clear evidence to the contrary, it was likely to have been a party wall, and/or was accepted as a party wall. Therefore, irrespective of its inclusion or otherwise in the court order, it should not have been removed without your consent.

The new developer, as successor in title to the previous owners, is bound by the terms of the court order. If the local authority had required the removal of the wall or imposed this as a planning condition, its removal would require the consent of any other party with an interest in the wall.

In summary, it is likely the wall was intended to be a party wall and/or had been accepted as such. If so, the new developer was not entitled to remove it. He would therefore be obliged to replace it with a wall and pier of similar standard.

Patrick Shine is a chartered geomatics surveyor, a chartered civil engineer and a member of SCSI, scsi.ie

Sean Moncrieff: We’re all in prison. But I’m digging a tunnel
10