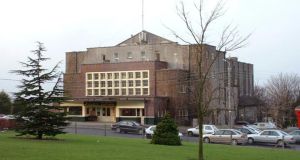 Despite concerns that the Central Bank’s lending limits would deter development, during the month of February planning applications continued to flow in from developers for large residential schemes.

The long-awaited Churchtown development will take place on one of the best-located undeveloped sites in south Dublin, extending to approximately 6.6 acres in total.

The proposed development would include 50 one-bed, 160 two-bed and 57 three-bed apartments. An existing house on the site, Fernbank House, would be refurbished and converted to a family home. As at Mount Saint Anne’s, O’Mahony Pike architects have designed the scheme and, in addition to the 269 residential units, the proposed development includes a creche, 403 car parking spaces and nearly 2.5 acres of gardens. Park Developments purchased the site in 2004 for a reported €30 million, having outbid their competition.

A planning application was lodged in December 2014 for development of 30 apartments in four- and five- storey blocks, along with three houses on the 1.8 acre site.

In February, planners refused permission on a number of grounds, including issues relating to vehicular access. The property, which includes a protected structure, was purchased in August 2014 for €1.8 million and was in use as a family home for decades prior to the recent sale. In Mount Merrion, Chris and Niall Power Smith have applied for a mixed-use scheme on Deerpark Road. The 5,214sq m (56,100sq ft) planned development includes four office units and 48 apartments.

The block would be the first large apartment development in Mount Merrion and would likely appeal to locals downsizing from valuable houses in the area.

The block comprises 10 one-bed, 27 two-bed and 11 three-bed apartments with 92 car parking spaces. The site is occupied by the former Stella Cinema and was most recently in use as Flanagan’s furniture showrooms. The property was last for sale in 2012 with agents CBRE with a guide price of €3 million.