Why lack of sleep could be killing us 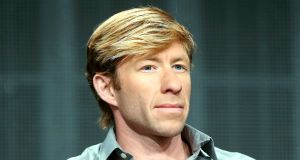 Prof Matthew Walker: “Regular sleep – seven to eight hours a night – is the best method to maintain brain and body health. We are the only species which deliberately deprives ourselves of sleep.”

Two-thirds of adults in the developed world don’t get the World Health Organisation’s recommended eight hours’ sleep per night, according to Matthew Walker, professor of neuroscience and psychology at the University of California, Berkeley, US.

Walker is the author of a new book, Why We Sleep: The New Science of Sleep and Dreams (Allen Lane) which declares this “silent sleep-loss epidemic” to be the greatest public-health challenge facing the developed world in the 21st century.

Sleep improves our ability to learn, memorise and make logical decisions and choices

“Routinely sleeping less than six or seven hours a night demolishes your immune system; more than doubles your risk of cancer; disrupts blood-sugar levels, increasing your risk of diabetes; and increases the likelihood of blocked arteries, a risk factor for cardiovascular disease and stroke,” says Walker who is originally from Liverpool. His fascination with sleep took him from Nottingham University to Harvard and then to the University of California in Berkeley.

Professor of experimental brain research at the Trinity College Institute of Neuroscience Shane O’Mara says there is no data to confirm a sleep-loss epidemic in Ireland but many people underestimate the importance of sleep. “Regular sleep – seven to eight hours a night – is the best method to maintain brain and body health. We are the only species which deliberately deprives ourselves of sleep,” he says.

Walker points out there is not one body organ or process that isn’t enhanced by sleep and detrimentally impaired if we don’t get enough. “Sleep helps fight malignancy, prevents infection, fine-tunes the balance of insulin and circulating glucose, regulates our appetite and maintains a flourishing microbiome in your gut,” he adds. Studies have also shown a direct increase in cravings for sweet, carbohydrate-rich foods in those who are sleep-deprived.

Researchers have also found that while athletes are usually aware of the importance of sleep before a big game, there is just as important a need for post-performance sleep due to its physiological functions of helping the body recover from inflammation, stimulating muscle repair and restocking cellular energy with glucose and glycogen. Sleep improves our ability to learn, memorise and make logical decisions and choices. It also rebalances our emotional brain circuits, allowing us to manage social and psychological challenges.

Technological advances in sleep research – both brain imaging from MRI scans and light-weight EEG measuring devices – has greatly improved the ability of neuroscientists to understand the different functions of non-rapid eye movement, or NREM, sleep and rapid eye movement, or REM, sleep in the past 15 years. Originally discovered in the 1950s, these phases of sleep have different brain-wave patterns and studies now show how they are linked to different tasks.

And, studies have shown that as we age, the amount of deep NREM sleep declines. “Healthy teenagers will have a sleep efficiency of about 95 per cent but by the time we reach our 80s, sleep efficiency has often dropped below 70 or 80 per cent, meaning that within an eight hour period, you will spend one to one and a half hours awake,” says Walker.

Adults over 45 who sleep fewer than six hours at night are also 200 per cent more likely to have a heart attack or stroke during their lifetime compared with those sleeping seven to eight hours a night.

On a lighter note, Walker explains that whether you are a morning lark or a night owl is your genetic fate. “An adult’s owlness or larkness, also known as their chronotype, is strongly determined by genetics.”

O’Mara says the importance of sleep is often overlooked in public-health messages. “Maybe we should be asking whether secondary schools really need to start earlier than 9.30am as early school starts don’t accommodate different chronotypes?” he suggests.

And naps – particularly a lunchtime nap of 20-30 minutes – is good for your health. In his book, Walker cites the importance of “prophylactic naps” for pilots early in long haul-flights and postprandial naps no later than 3pm for the rest of us. He also tests his own students throughout the academic year, rather than having final exams, to discourage students from cramming for exams by pulling all-nighters.

O’Mara adds the current road-safety advertisement that suggests fatigued drivers have a coffee and then a 20-minute nap is based on scientific evidence that it takes about 20 minutes for the caffeine to get to your brain, so you nap and are then awoken by caffeine so you don’t go into a deeper sleep.

Another study found that a group of students who took a 90-minute nap in a sleep laboratory performed 20 per cent better on learning tasks than those who didn’t take a nap. Careful scrutiny of the brain-wave activity of the students who napped found that the memory improvement was due to light, stage 2 NREM sleep.

Those who slept in between the two sessions reported a significant decrease in how emotional they were feeling in response to seeing the images a second time.

Ultimately, these sleep research studies are a wake-up call (pardon the pun) to us all to value sleep more and consider it – alongside physical exercise and nutritionally balanced diet – as the third plank of healthy living.

A future vision for a society that sleeps too little

Prof Matthew Walker presents a new vision for sleep in the 21st century at the end of his new book, Why We Sleep. He suggests home thermostats in bedrooms should be set to suit the individuals sleeping in the room, based on the bio-physiology calculated by a sleep-tracking device.

The temperature could be programmed across the night, harmonised with each body’s circadian rhythms, he suggests. This, he says would hasten the speed of sleep onset, increase the total sleep time and even deepen NREM-sleep quality.

Walker also suggests that many people suffer from over-exposure to nighttime light, particularly blue-dominant LED light from digital devices. Prof Shane O’Mara of TCD says studies have shown that the blue light emitted from electronic devices interrupts the circadian rhythms. “The best advice is to turn off all electronic devices and lights, cool down the bedroom. Then, you’ll sleep better and wake up refreshed,” says O’Mara.

Walker suggests that digital devices could be programmed to dial down blue light in our homes as the evening progresses. And as morning comes, indoor environments could be saturated with powerful blue light that shuts off any lingering melatonin to help us wake up faster, be more alert and in a brighter mood.

Building bridges: How polyamory made me a better friend, lover and person
2

The Debenhams picketers: ‘We are like a little family’
6

Ross O’Carroll-Kelly: ‘They want us to vacate this place so they can use it as a love shack?’
10

How to have a happy Halloween, Christmas and St Valentine’s this winter
Real news has value SUBSCRIBE