Want to be happier today? Take a selfie ... but only if you are smiling

Taking photos of yourself is often thought to be unhealthy. Or is it actually good for you? 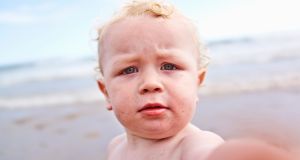 Can selfies actually make us happy? Should we all start taking them?

Want to be happy? Lift your smartphone in the air, angle it to the best side of your face, and click – because selfies make you happy, according to a recent report .

Google estimates that, in 2014, at least 93 million selfies a day were posted on Android phones alone, and the Pew Research Center says more than 91 per cent of teenagers have posted a self portrait online.

But the ubiquitous selfie irritates the hell out of anyone over 40 years of age and is more usually associated in the media with unhappy outcomes (Health+Family editor’s note: The no-more-selfies brigade can rejoice because the sale of the more annoying, but useful, selfie stick seemto be on the slide with data from UK retailer John Lewis showing a 50 per cent decline in sales of the product on its website).

Last year, more people died worldwide while taking selfies than from shark attacks – mostly from falling but also from being hit by vehicles and even gored by a bull.

The selfie has also been linked to mental health problems. In 2014, a study from Ohio State University found that men who posted the most selfies on social media scored highest on questionnaires for narcissistic and psychopathic traits.

An editorial by Dr Pankaj Shah in the International Journal of Emergency Mental Health and Human Resilience also argued that taking selfies was addictive and that spending more than five minutes on a selfie or taking more than three to five a day may be “ considered a disease ”.

So, when a hoax news report in 2014 claimed that Selfitis was a new mental health problem defined by the American Psychiatric Association as “the obsessive compulsive desire to take photos of one’s self and post them on social media”, many people believed it.

Selfies have been linked to body dysmorphic disorder (BDD, where people obsess about perceived flaws in their appearance) but, as Dr David Veale, a consultant psychiatrist at the South London and Maudsley NHS Trust, explains: “Some people with BDD use selfies as a way of checking their appearance – to see if they are as ugly as they feel they are. They are taken alone and people may store hundreds or thousands of pictures on their phone that are not shared with anyone. Selfie use in people without BDD is not pathological.”

But can selfies actually make us happy? Should we all start taking them?

The study that suggested selfies might be linked to happiness was relatively small. The selfie component included asking 14 students to smile (regardless of how they felt) and take pictures of themselves three times a day for three weeks. These pictures were kept on an Android app and only seen by the students and the researchers.

Nothing was posted on social media but, when the students looked at their own smiling faces, their mood improved significantly. But Yu Chen, the lead author of the study, is adamant that it didn’t suggest taking selfies made the students happy.

“It is not selfies that make you happy,” says Chen. “It is smiling that makes you happy.”

A journey through the Americas: Is this the end of the road?
10