The complex relationship between religion and mental health 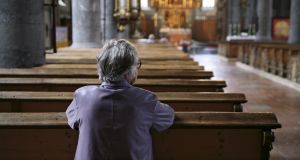 Women who attended church services more than once a week had a 27 per cent lower risk of death from cardiovascular disease compared with women who never attended. Photograph: iStock

The ongoing Irish Longitudinal Study on Ageing (TILDA) at Trinity College Dublin has produced the most interesting and varied research results. Its latest output looks at the relationship between religion and mental health in Ireland.

The study involved 6,000 people aged 50 or over, who were interviewed at two-year intervals between 2010 and 2016. During the six-year period, the majority of participants reported religion as being important to them – some 86 per cent of women compared with 76 per cent of men.

The relationship between being religious and mental health was found to be complex. Although those with higher religious attendance had lower depressive symptoms, those who said that religion was very important to them but who did not attend very frequently, had worse mental health. Religious attendance was also related to having a bigger social network, which in turn had a positive effect on the mental health of the population. Both men and women who regularly attended religious services had larger social networks than those who were less frequent attenders.

Commenting on her research, lead author Joanna Orr said: “It shows that religious belief and practice in the over-50s in Ireland is complexly associated with mental well-being. Considering the decline in religious participation, belief and practice in Ireland, it is important to assess how this may affect those who are religious. Maintenance of religious practice for those who are religious, as well as the maintenance and bolstering of social networks and social participation for all in this age group emerge as important.”

Principal investigator of TILDA, Prof Rose Anne Kenny, noted: “The importance of continued social engagement and social participation as we age is well established and has been associated with improved health and well-being and lower mortality.”

The TILDA study chimes with research from Harvard University which found that frequently attending religious services was associated with a lower risk of death for women from all causes, as well as specifically from cardiovascular disease and cancer. Using data from the large and long-running Nurses’ Health Study, US researchers found women who frequently attended religious services tended to have fewer depressive symptoms, were less likely to be current smokers and more likely to be married.

It must be pointed out that while the Trinity and Harvard studies are well-designed, observational research such as this can never imply a cause and effect between religious practices and health outcomes.

It’s a fascinating area of study. Assessment of well-being must include spiritual as well as physical, psychological and social factors. Another somewhat offbeat piece of research in the area involved Italian researchers who compared breathing rates during normal talking with rates noted during the recitation of the Ave Maria.

The recitation slowed breathing to about six breaths per minute, a rate that has a favourable effect on the rhythm of the heart. Slow respiration has been shown to reduce the harmful effects of heart attacks. Synchronising respiratory and cardiac central rhythms is thought to enhance natural physiological responses that protect the heart.

But back to mental health, Prof Harold Koenig, professor of psychiatry at Duke University Medical Centre in North Carolina, points out that religious belief can be both a hindrance and a help in patients with psychological problems.

Religion can be helpful in assisting people cope with fear, loneliness and social isolation. However, those with psychosis may have religious delusions, while rigidly held beliefs can lead to unhealthy guilt in vulnerable people.

A fascinating but complex area of medicine.

It's crystal clear, making this soup is a job for the dedicated, or the deluded
7

Loitering without intent: give teens a break this summer
Real news has value SUBSCRIBE