One in five respondents said they have done it, rising to one in four among 17-24-year-olds 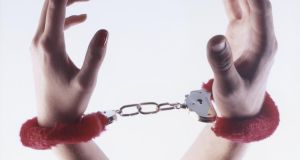 “Maybe more younger and older people engage in it because it takes up so much time and preparation and the middle-aged people don’t have the time or energy,” Murphy suggests.

The Irish Times sex survey was conducted on irishtimes.com over the course of a week in June 2015. A total of 12,639 participants completed the survey (a 71 per cent completion rate), with 12,134 responses used in the follow-up analysis. Over 500 responses were excluded, the vast majority because the participant was under the age of 17 (below the required age to take part) or where it was obvious that false information had been provided. Click here to view the full results.