Male attitudes are the cause of sexual violence, not lack of consent education, says Jacky Jones 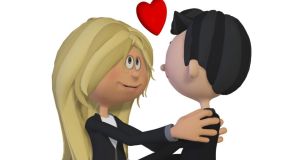 Adults and children need to be able to say ‘yes’, ‘no’, or ‘I will think about it’, in the context of everyday respectful relationships. Photograph: Thinkstock

I usually agree wholeheartedly with the views of Rape Crisis Network Ireland (RCNI), so I am baffled by its recent demand for consent education to prevent sexual violence.

Clíona Saidléar, acting executive director of RCNI, called on Minister for Education and Skills Jan O’Sullivan to make education about sexual consent a priority for second-level schools to “ensure children are protected from sexual violence through teaching the knowledge, skills and abilities to understand sexual consent and negotiate their potential relationships safely”.

Unfortunately, consent education will never protect anyone, whether they are young or old, from sexual or any other kind of violence.

Consenting implies an asking: that the person to whom the request is made has the right to say yes or no. By definition, asking and consenting do not exist in violent and abusive relationships. Perpetrators of violence and abuse take what they want without asking. That is what they do. Refusal, consent and rights do not apply in their world. The notion that children and adults have rights and are entitled to be safe from the violent behaviour of others is anathema to perpetrators.

Children need to learn consent skills, informally in the home and formally at school.

Babies are born with instinctive consent skills, and “no” or “yes” are often their first words. Adults disapprove when children say “no” and do not like it much when they say “yes” too eagerly, either.

Consent skills are seen as bold, and children are discouraged from using them. By the time a child goes to school they have forgotten these skills and must relearn them in the classroom.

Primary and post-primary students are taught consent education through the mandatory Social, Personal and Health Education (SPHE), and Relationships and Sexuality Education (RSE) programmes. According to the Department of Education and Skills, “Through SPHE, students can develop a framework of values, attitudes, understanding and skills that will provide them with the knowledge to inform their decisions and actions, relating to many difficult, inappropriate, and dangerous situations, both now and in the future.”

Students are expected to “demonstrate assertive communication skills in support of responsible, informed decision-making about relationships and sexual health”.

The junior cycle programme includes several lessons on refusal skills, which include saying “no” and accepting a “no” from someone else. Assertiveness skills are also well covered.

The senior cycle programme has modules about mental health and gender studies.

Learning how to say “yes” is just as important as saying no, as Irish Times readers are reminded on a weekly basis by Laura Kennedy, The Yes Woman. Trying new things and making new friends improve health immeasurably.

School-based consent education will not prevent sexual violence. Prevention requires the focus to be on perpetrators, not on the skills of those on the receiving end of violent acts. Misogyny needs to be challenged and perpetrators, 97 per cent of whom are male, held to account. Sentences handed down by the courts are derisory.

Recently a man was jailed for six months for sexually abusing his five-year-old daughter over a two-year period. A man who head-butted his wife because she refused to have sex was given two suspended sentences and has to attend anger management classes and other counselling.

The Government needs to sign the Istanbul Convention on preventing and combating violence against women, and domestic violence. To date, 37 European states have signed up, and the convention puts the onus on governments to introduce measures so that “men and boys contribute actively to preventing all forms of violence covered by this convention”.

Male attitudes are the cause of sexual violence, not lack of consent education.

drjackyjones@gmail.com Dr Jacky Jones is a former HSE regional manager of health promotion and a member of the Healthy Ireland Council.