Why do we have so much trouble swallowing this pill?

Antidepressants are a lifeline to many but we still find them hard to discuss, so perhaps it’s about time to talk 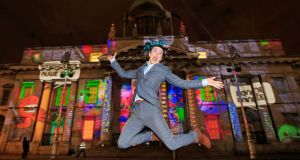 Comedian Al Porter has spoked out about mental illness

You wouldn’t think twice about taking a painkiller if you hurt your back, but the option of taking an antidepressant can really divide opinion. Everyone has something to say on the subject and these arguments often simplify a complicated picture about their effectiveness, leaving people with depression suffering for it. But they can have a profound affect if they work, saving lives in the process.

“Alice”, who wouldn’t talk openly using her real name, suggests the stigma is huge regarding taking antidepressants: “Only my mum and my boyfriend know. I feel like people would judge me for being weak and it’s not a made-up fear. I’ve had a couple of occasions where there’s been an office discussion and everyone has waded in with really trenchant opinions. I felt very vulnerable listening, to be honest.”

Prof Jim Lucey agrees that there is huge stigma attached to antidepressants and a great deal of misunderstanding around them.  A psychiatrist and medical director of St Patrick’s Mental Health Services, Lucey suggest there needs to be an understanding that antidepressants have a hugely positive effect on many people whose lives are affected by depression and mental illness.

There’s a perception that everyone is on antidepressants, but suggests that’s not the case”

“After appropriate assessment, there is a place for antidepressants for some people. My own anecdotal experience is that they can change lives, and people who have given up hope and given up on life, can get a lifeline by taking them.”

So when should you take antidepressants and how long should you stay on them?

A mild and brief depressive episode usually responds well to some changes in lifestyle, the introduction of mindfulness and good self-care. And most of us feel sad, lonely, or depressed at times. Feeling depressed is a normal reaction to a loss, struggles or difficult times in life, or injured self-esteem. But when these feelings become overwhelming, involve physical symptoms, and last for long periods of time, they can keep you from leading a normal, active life.

Problems arise if you suffer with a persistent low mood, says Lucey. First and foremost, depression is not simply “being sad” or “feeling down”. Combined with a loss of the ability to feel joy, feelings of guilt, hopelessness, insomnia and weight loss, that’s when you may need to seek help from your GP and take a look at your options.

Lucey says there’s a large number of people in Ireland suffering from clinical depression, struggling on without treatment. “It’s tragic that this debilitating disorder that leaves people feeling sad or hopeless for weeks or months and in some cases, years on end, has such huge stigma attached to it.”

He agrees that there’s a perception that everyone is on antidepressants, but suggests that’s not the case. “We need to take a look at our response to people struggling with mental illness, and our opposition to treating them with pharmaceutical drugs. Somehow, we are sceptical about treating this illness with a pill. But for some people it really works. Without a doubt, see your doctor if you have any of the symptoms I have described for more than a month to six weeks.”

If you decide to go ahead with antidepressants and respond positively to them (while tolerating the side effects which can include nausea, loose bowels and sweating as well as loss of libido), then in conjunction with lifestyle changes and talk therapy, a patient will take them for an initial six-month period.

“I cannot tell you how long I struggled before I got help, literally years. I can only speak for myself here, but for me they have been the most helpful intervention”

An appropriate care plan and regular assessments will help ensure the best outcome, he says.

Stopping antidepressants should be discussed between you and your doctor, and although antidepressants are not considered addictive, some patients can suffer withdrawal symptoms – you should never stop taking them suddenly because the side effects can be horrible. Instead, it is recommended that you taper your dose and reduce in four to six weeks for the best results.

Alice believes the stigma around taking antidepressants stopped her seeking help: “I cannot tell you how long I struggled before I got help, literally years. I can only speak for myself here, but for me they have been the most helpful intervention. Within a month I went from being a zombie to being healthy again. I don’t have words to describe how profound the shift was.”

She believes the antidepressants saved her life: “They took me from very rock-bottom where the only way out seemed to be suicide, to being able to function and feel again.”

Doug Leddin hit the headlines last year when he revealed a 10-year battle with depression on his social media pages. His story went viral. He described how he was living two separate lives, the one seen by his friends and family and the life of depression he kept well hidden.

Now 28, he first took antidepressants when he was 16 and said he felt ashamed about taking them at the time. “It was really hard as a teenager, it would have been okay to be taking steroids or painkillers but not antidepressants. Apart from my immediate family, no one knew about it.” He restarted medication again after a bad car accident at the end of 2012. “I knew I was deteriorating and I went to get help.”

He describes going to random pharmacies to pick up his prescription to avoid being discovered by friends. “When Al Porter talked about his depression, he said the same thing. The idea that you go out of your way to hide something because of the shame attached to mental illness. I am glad that antidepressants work for me, I know they are not right for everyone, but they help me stay more stable and I do have plans now to wean myself off them and goals that I am working towards. They have been my lifeline.”

If you suspect you may have depression, please visit your GP. You can get more information from the Aware support line 1800 80 48 48 or visit aware.ie