Stranger danger: What are the real risks of our daily interactions? 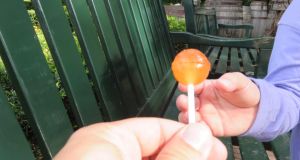 It’s many parents’ greatest fear – that their child could be whipped away by a stranger with bad intentions. Growing up, many of us were told “don’t talk to strangers” and many parents warn their children that strangers can be bad people who might harm them.

But the reality is that almost all of us talk to strangers every day – idle chitchat in the supermarket, say, or a small bit of conversation in the coffee queue – so is it realistic to warn our children off such basic human interaction?

Should we make our children fearful and anxious about chatting and socially interacting with perfectly nice people?

The answer, of course, is no.

Except that parents today are in a vicious cycle of over-parenting and are more paranoid and more stressed than ever before. Parenting expert Sheila O’Malley, in her book Cotton Wool Kids published last year, says the most dangerous thing facing parents and children today is challenges to their mental health.

O’Malley, a psychotherapist, sees a steady stream of children in her practice who are paralysed by fear; they have been told that it is a terrible world out there, full of crazies and maniacs.

Today the rates of child mortality, injury and sexual abuse are lower than at any time since records began, so it makes no sense to instill fear into our children about the risks of strangers.

It’s a view shared by child psychologist David Carey, who says we should empower children to listen to their intuition and teach them to work things out from a place of power rather than fear.

“Worrying that a random adult who your child chooses to talk to will turn out to be a kidnapper makes very little sense. Kidnapping by a stranger is a scenario that is scary and gets a lot of attention, but statistically speaking it almost never happens,” he says.

Carey warns against instilling intense fear and anxiety in children around strangers and implanting the notion of “stranger danger”.

Instead, he advocates teaching children how to meet and greet strangers and how to exercise caution in a practical, commonsense way without crippling them with fear by honing their intuition.

“I like to think of it in the same way that we teach them the rules of the road,” he explains. “They have to obey the green man, look both ways, check whether cyclists are coming and be aware of a number of issues. So we need to use common sense in teaching them how to meet and greet strangers, too.”

It’s an approach that’s backed up by the Irish Society for the Prevention of Cruelty to Children. The society’s director of services Caroline O’Sullivan says it’s crucial to strengthen children’s resilience. “It is important to keep safe, but also to foster independence. With the right guidance, rules and boundaries, children can develop internal resilience and coping skills that will stay with them throughout their lifetime.”

The society believes it is important to teach children to be aware of all the risks – not just stranger danger – and help them to put strategies in place that give them confidence, rather than anxiety.

You need to discuss scenarios for all risks, such as crossing the road, getting their telephone stolen out of their hand, getting lost, as well getting approached by adults or older children, adds O’Sullivan.

”The important message is that children have rights, that it is actually okay to say no to adults and that each parent talks to their children about each risk area and what they can do to minimise these risks.”

Carey agrees that what children need to know from parents is basic safety information: “You don’t divulge your address or phone number to a stranger. You don’t allow adults you don’t know to pat you on the head or touch you on the shoulder. You don’t engage in lengthy conversation with them or pause and hang around with them for 10 minutes.”

He believes you need to teach them to follow their instinct - if they feel uncomfortable they should turn around and walk away, he says.

“We all have this old evolutionary system in our brain that alerts us to any possible threat. It immediately activates the fight, flee or freeze response and they need to learn to listen to it . . . A child needs to know that if he or she feels any sort of discomfort in dealing with a stranger, listen to the brain, move away and stop talking.”

Carey believes we are living in an age of rampant paranoid and anxious parenting fuelled by the media, but suggests there are safety basics that all families should follow.

“We can help children to trust their instincts and recognise dangerous situations,” he says. “If you don’t allow children to socially interact with adults, you’ll deprive them of that ability to recognise what doesn’t feel right.”

The good news is that the rate of stranger child abduction is not increasing. It is orders of magnitude more safe to be a child in 2016 than it was in 1985.

Carey advocates always exercising a degree of caution around people who don’t know your children well. Often we can be lax with more general acquaintances, he says.

“You don’t let some distant cousin go into their bedroom or take them out for sweets because you don’t know them well enough. It’s common sense and we must follow it.”

O’Sullivan counsels that parents must not let their fears damage their children’s childhood experiences.

“Let children be children, give them the freedom they need to experience fun childhood activities – climbing trees, cycling, involvement in sports, hanging out with their friends going to the local shop. These activities build children’s sense of worth, view of self, social skills and ability to cope with problems,” she says.

While you cannot physically there for your children 100 per cent of the time, parents need to ensure that children have the ability to make good decisions and choices, develop problem-solving skills and learn social interaction skills.

You cannot teach your children to be confident in their ability to deal with risky or troublesome situations if you have not worked through the scenarios with them, adds O’Sullivan.

“If they are interacting in confidence, they will be able to think clearly and handle problems themselves.”