Sexting: boys more likely to have taken part than girls 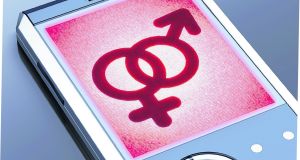 Online experiences of girls and boys diverge significantly, as reflected in Zeeko’s digital trend report for 2016.

The report by Zeeko, an Irish organisation promoting internet safety for parents, teachers and children, found that in all categories of sexting behaviour, boys are more likely to have taken part than girls. For instance, 24 per cent of males have sent a sexually suggestive message but only 12 per cent of girls have; for sending nude/semi-nude images of themselves, it’s 17 per cent compared to nine per cent of females. And 18 per cent of boys have sexted a non-partner, while eight per cent of females have done so.

These trends are typical of those observed in studies on gender differences and peer relations in the offline world.

“Our findings provide evidence on the persistence of a patriarchal models, which still seem to permeate the lives of younger generations regardless of them being online or offline,” says cyber-psychologist Dr Marina Everri. “In other words, girls tend to be the target of aggression and violence, and have less power compared to boys.

Some of this interaction with unknown people is undoubtedly through gaming, which is much popular with boys than girls as a way of socialising online.