My son is always left on the sidelines at matches 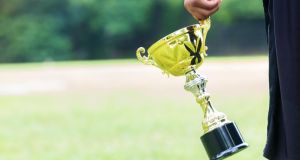 Sport is not all about winning, but some competition can do no harm – and can bring out the best in children.

My son is under 12 and turns up for GAA training. He is often left on the sidelines, but as the ages get higher, it has got worse. Now they are bringing under-11s up to play matches while he stands around in the cold. I am sure it’s not the first time you have heard this, and I know it’s a hard life lesson (I am still learning) but I don’t know how to manage my own anger, frustration and utter gut-wrenching hurt for him when he sobs that he is not good enough, never mind trying to support him through and trying to encourage him to stay with sport (he does enjoy it and has made friends).

I appreciate the coach gives up his time to do the job, but I feel angry that he is excluding my child. I wonder if you can offer some suggestions.

When young children start out with team sports, the emphasis is on inclusivity and participation – all children are usually included, whatever their ability. The goal is getting active, learning new skills, teamwork and above all fun and enjoyment. These are among the great benefits of sport for children, both for their physical and mental health.

In addition, team sports allow children (and their parents) to belong to a special community and social group, giving them an identity and a sense of belonging. However, as children get older, competition and winning become more important, and this can have a negative impact on the many benefits I have listed above.

Competition is essentially focused on separating winners from losers, and those with sporting ability from those who don’t. For some children, the pressure to perform and win causes a great deal of stress and takes the enjoyment out of the sport. For the child with less ability, it can make them feel bad that they are not good enough and guilty if they let the team down by not playing well enough. Even children with lots of ability can find the competition problematic.

As a mental-health professional, I work with many high-performing children who suffer from anxiety because they feel they have to always win or who fall out with friends because of over-competition.

Competition in sports can become particularly pronounced at your son’s age, around the start of secondary school, when leagues become more organised, competition for places increases and the pressure to win become more intense. This is also the time when a huge drop-off in the participation in competitive team sports occurs (mainly by the the children who don’t fit in with the new competitive culture) at the time when adolescents need most to be active and to stay fit.

In thinking what can be done, it is important to recognise that there are no simple answers. Overcompetitiveness in sport comes from many sources. Parents on the sideline can pressure their children to win just as much as the coaches. Children themselves want to win and hate losing. And some clubs have more of a culture of competition than others. However, some competition in sports can be no harm and can indeed bring out the best in children.

However, it is important to avoid a culture of winning at all costs and instead to remember the ideals of enjoyment, participation and developing all children’s potential. In practical terms, in an excellent community organisation such as the GAA, the goal should be to offer all children who enjoy the sport a chance to play within a team that matches their level of ability and allows them to progress.

So what can you do to help your son in his situation? You are right to encourage him to participate in a sport he enjoys, where he has friends and feels he belongs. You are also right to want him to have an opportunity to play in a team at his level of ability.

To progress things, it might be an idea to suss out with other parents who have children in similar situations or other members of your local GAA about possible ways to help your son. Some clubs can reorganise the teams and leagues so they are better streamed to individual children’s abilities so more children get a game and are involved.

Talking to the coach

You could also have a word with the coach to discuss how to help your son. This is a delicate conversation to get right, so I would suggest you start positive, saying how you appreciate all the time he puts in as a volunteer coach and explaining how much your son loves the sport, before asking what can be done to help your son get more game time.

It is also a good idea to keep your son involved in other sports and activities that he enjoys. Ultimately, there is only so much that he ( and you) can do to ensure he gets on in a specific sport and it is important that he does not have all his eggs in the one basket. There are lots individual sports that he can pursue without having to be selected, or team activities that don’t have a competitive element, such as the scouts or hiking clubs.

Whatever the level of participation, sport does provide children with difficult experiences involving winning and losing, about being included or not. The goal as a parent is to be there to listen and support, so they can take a positive lesson from these experiences and make the best choices.

It could be that being on the sidelines increases your son’s motivation and determination and he decides to stay involved in the game. Or he could make a decision to put his energies into other sports and activities. You are there to help him make the best decisions.

Dr John Sharry is a social worker, psychotherapist and co-developer of the Parents Plus Programmes. His new book, Bringing Up Happy Confident Children, is now available. solutiontalk.ie

Send your parenting queries to health@irishtimes.com

Róisín Ingle: I’m menstruating as I write this. And I’m mad as all bloody hell
10 Tesla wants an electric Golf rival
Real news has value SUBSCRIBE