It’s an issue that needs to be addressed, but screening may not be the best way of tackling a growing problem 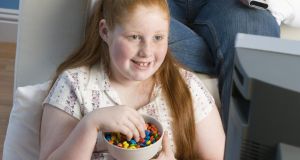 Some children (and their parents) find it harder than others to maintain a healthy diet and adequate physical activity. Photograph: Thinkstock

In 1968, the World Health Organisation established criteria for determining which diseases to screen for, in order that early detection and treatment would lead to better outcomes. Screening programmes have been very effective in reducing morbidity and mortality from conditions such as cancer, cardiovascular disease and diabetes.

Last year, the Government introduced a pilot screening programme for childhood obesity, whereby children will have their weight and height measured periodically by public health nurses in schools.

Written feedback will be given to parents of overweight children, with leaflets and online resources that focus on healthy lifestyle practices, while obese children will be invited to take part in a supervised lifestyle programme.

On the face of it, childhood obesity fulfils many of the WHO criteria for a disease that we ought to screen for. Firstly, it is arguably the greatest public health crisis of our time. There is a high prevalence of overweight in Irish children, consistent with trends internationally. We know that excess body-fat accumulation, even in the very young, is associated with adverse effects on arteries, blood pressure, glucose metabolism, liver fat and cholesterol levels.

Moreover, overweight children are six times more likely to be overweight adults and they die younger as adults.

Other fulfilled WHO criteria are that the natural history of childhood obesity is understood and there is a recognisable latent stage between its onset and the development of cardiovascular and metabolic complications such as heart disease and type 2 diabetes.

Also, within the proposed Irish screening initiative, case-finding will be a continuous process rather than a once-off assessment. Body mass index, which takes account of weight relative to height, while not infallible, is a reasonable and pragmatic way to quantify excess body weight in children.

However, it doesn’t tell us what proportion of that body mass is fat, where that fat is distributed or how well it functions as a fuel-storage depot; these are all important determinants of the complications that arise from having too much of it.

One limitation with using body mass index to identify overweight and obese children is the uncertainty about where the line should be drawn to define those at risk. Unlike diabetes or hypertension, which are unequivocally defined, specific BMI thresholds for overweight and obesity in children vary in different studies and jurisdictions.

We have arbitrarily chosen thresholds that correspond to adult overweight and obesity, but no one knows whether they are the right thresholds.

Additionally, by categorising children as normal, overweight or obese, we run the risk of falsely reassuring those just below a risk threshold that their weight category is healthier than it actually is. Moreover, important factors such as ethnicity and physical activity levels which influence the relationship between fatness and disease risk aren’t considered in the screening strategy.

Arguably the most important characteristic of any disease-screening programme is the availability of an effective treatment for those identified as having that disease. Unfortunately, evidence that childhood obesity screening is beneficial just doesn’t exist.

Until a decade ago, no one had checked whether screening worked and so many countries invoked the “precautionary principle”; introducing screening programmes on the basis that they would probably do more good than harm.

It is well established that parents of overweight children are often unaware of the problem. Flagging childhood overweight to them might serve as a therapeutic intervention in itself. However, according to an Irish study in the Archives of Disease in Childhood last year, a substantial minority of obese children don’t like screening. In a similar survey of parents in the UK, Falconer et al found no “obvious unfavourable effects”, but only 10 per cent responded, and it may be that those w10ho didn’t respond disliked the screening process.

Potential harms from screening such as lowered self-esteem, increased stigmatisation of obesity, increased body dissatisfaction, disordered eating and parental promotion of dieting are well described, but are often minimised and trivialised.

The paucity of robust trials of lifestyle interventions in overweight children and an absence of any effect in the few that have been done have been established for some time.

A Scottish trial by Reilly et al in the BMJ in 2006 found no influence on adiposity of a structured physical activity intervention in nursery-school children.

A trial published by Kipping et al in the same journal last year, involving 60 UK schools in a programme to increase physical activity and fruit and vegetable consumption and reduce sedentary time in eight-year-olds, found no influence of the programme on these behaviours.

Another similar trial in Dutch teenagers from 29 schools found no significant effects on body fat or health behaviours. Even in adolescent populations such as those at risk from diabetes or with recently diagnosed type 2 diabetes, comprehensive structured lifestyle-modification programmes have not improved health.

In 2009, Wake et al published ‘LEAP-2’, an Australian trial that assessed primary- care screening for childhood overweight followed by brief lifestyle counselling and found no improvement in BMI, physical activity or nutrition in overweight or mildly obese five to 10-year-olds.

Furthermore, the programme was considered to be prohibitively expensive so could not be universally implemented. The authors noted their “findings are at odds with national policies in countries including the US, UK, and Australia”. We can add Ireland to that list now.

We know that the rising prevalence of obesity has occurred because of a more obesogenic environment where calorie intake is easier and energy expenditure is harder. We also know that variations in fatness within the population sharing that environment are strongly heritable.

This notion does not contradict what we already know about lifestyle behaviours influencing body weight, but it suggests that these behaviours may be genetically influenced, such that some children (and their parents) find it harder than others to maintain a healthy diet and adequate physical activity.

So, as Prof Sir Steve O’Rahilly of the University of Cambridge Metabolic Research Laboratories put it, obesity is a heritable neurobehavioural disorder that is highly sensitive to environmental conditions.

Rather than focusing on individual behaviour, a more effective strategy might be to address the wider societal determinants of adiposity.

By changing the obesogenic environment we might undo some of the entirely predictable behavioural responses that occur in individuals who are genetically predisposed to obesity.

In the same way that our legislators have successfully targeted cigarettes rather than smokers, and cheap alcohol rather than drinkers, we need to go after cheap hamburgers and sugar-sweetened beverages rather than children who consume them.

As it stands, measuring BMI in children in order to identify those at risk from overweight and obesity does not fulfil several important criteria for an effective screening programme.

There is no accepted or proven treatment strategy, nor are facilities for treatment currently available in Ireland. Low response rates in studies of acceptability to the population may have introduced bias and overestimated enthusiasm for screening.

Costs related to screening have not been determined and are likely to be prohibitive. Given the strong heritability of adiposity, screening seems analogous to asking children caught in a flood to swim faster.

Perhaps we should screen the quality of the food available on commercial premises adjacent to our schools – or, indeed the veracity of nutritional information in television advertising – rather than screening the children themselves? Dr Francis Finucane is a consultant endocrinologist at NUI Galway and Galway University Hospitals.