Nurses’ strike: ‘The woman in the side room was left to give birth alone. I had failed her’ 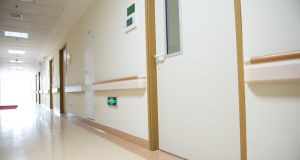 I am a midwife. I left Ireland a little over a year ago. The conditions for staff and patients were so bad that it terrified and saddened me.

During one of my last shifts, I was working on an antenatal ward made up of 30 beds. I was working with two other colleagues to cover the ward. Two of us were quite junior members of staff. I was allocated 10 patients – nine in the main ward and one in the side room.

In the side room there was a woman who was 18 weeks’ pregnant who had suffered pregnancy loss. She was admitted to be observed for infection and it was likely she would deliver her baby overnight. The woman spoke very little English and there are no interpreters at night.

The other nine women were facing different complications in their pregnancy – women with threatened preterm labour, women who had dangerously high blood pressure, women whose waters had broken too soon or babies were in some other way at risk. They were not healthy women and babies. They were people who needed to be monitored, given attention and care.

I ran around caring for the different needs of my patients – stretched thin with so many complex women to look after.

All the while, the woman in the side room quietly laboured away by herself.

I was in and out, seeing if she needed anything and making sure her pain was controlled. But I didn’t have the time to sit with her.

The time she needed and deserved.

The time to provide one-to-one support or bereavement care.

Her tiny but perfectly formed baby entered the world silently in the early hours of the morning. She was alone. She rang the call bell and I answered. My words of condolences fell by the way side as I am sure she didn’t understand me.

At that point, usually a midwife will dress the tiny lifeless baby, take photos, hand and foot prints, and place the baby in a small coffin. We try to make some small keepsakes to provide beautiful memories of a difficult time. There are forms to be filed and samples to be sent.

As the sun rose on my night shift I had failed the woman in the side room.

I wanted to be there with her. I wanted to make the small keepsakes for her to have in the future . . . but I still had nine women whose baby’s hearts were still beating to care for – blood pressures to check, medications to give, CTGs to do, and a mountain of paper work.

So I leave the woman in the side room and her baby.

I take a moment to wipe away my own tears and put on a smile. Then it is time to go and care for the other nine women. Overlooking their care could mean a bad outcome for them or their baby too. I hand over my patients to the day staff, tired and aching from a busy night. But I don’t go home. Instead, I return to the tiny lifeless baby and make up what small keepsakes I can for the woman in the side room.

I was to return to work again that night, but sleep would not come that day.

How could anyone sleep after that?

The woman in the side room has never left my mind.

Midwives, nurses and their patients deserve more. A higher wage for the hard work they do and more staff to provide adequate care to their patient is not asking a lot. This scenario I have outlined, unfortunately, is not an abnormal or uncommon situation but a frequent occurrence. We all deserve better from the Irish healthcare system.

Anyone could be that woman in the side room.

- Name of author known to The Irish Times

Read: ‘We need to tell the people of Ireland we are suffering’

Irishwoman in Vancouver: ‘I still go to the office but the city is surreal and lonely’
9