Married to Alzheimer’s: We’ll always have Paris, even if airport security isn’t dementia-friendly 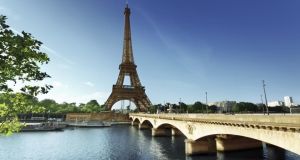 Tony has always loved Paris. He was stationed at Fontainebleau when he was supposed to be doing his National Service. Naturally, he had a love affair while he was there. Photograph: Thinkstock 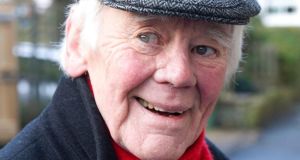 Tony Booth, the great storyteller, is still with us. Photograph: George Skipper

Tony’s journey towards no longer being able to hold a conversation is complete. The effort of understanding what the other person is saying is too great, involving concentration levels he no longer has. However, his own vocabulary is, to a surprising extent, intact. Tony, the great storyteller, is still with us. Always useful when he has a new audience who has not heard them before. This means, as a couple, we can still socialise.

As ancient and medieval philosophers understood, dementia is simply another way of remembering. Their emphasis was on the value of memory as a skill in itself and not in judging the perceived value of that memory.

It was Descartes (I think, therefore I am) and other Renaissance thinkers who started the movement towards medicalising dementia and rejecting other, more positive, aspects.

Although Tony wants me to make all decisions – which can be incredibly trying – he is still able to tell me what he wants to do when it really matters. That is how we ended up in Paris last month. Tony has always loved Paris. He was stationed at Fontainebleau for about 18 months when he was supposed to be doing his National Service. Naturally, he had a love affair while he was there and the city has happy and pleasant memories for him.

Number two son, Matthew, lives in Paris with his wife, Capu, so there is no problem with accommodation. Hotels are a source of stress – busy, confusing, noisy and difficult to negotiate. Rather like airports, which is why we travelled by Eurostar to Paris. Still busy, but not quite as manic.

Once, while I was being checked, Tony started to wander off looking for me. He was calling my name, but could not see me even though I was shouting to him. I decided to risk the wrath of security rather than lose him in the crowd. That decision and a short dash resulted in two armed policeman grabbing me. I managed to get to Tony before they got to me. Dear me, it was chaos. I explained Tony had dementia. They returned us to security so they could finish patting me down. Our bags were gone through thoroughly and I was given a severe telling off. I do not think they were dementia friendly.

Our train left St Pancras for Paris mid-afternoon. This was a good time to travel as the station was not too busy.

I had the time and space to tell security that Tony had dementia. They were lovely with him – not getting angry when he had left stuff in his pockets; keeping him talking while I sorted myself out. Tony cannot fly any more because he has chronic heart failure, but I would now choose the train anyway.

We were away for a few days and had a wonderful time. Besides some lovely meals we all went to visit the gardens at Versailles. They are very continental and not at all like my cottage garden, but the sheer scale was breathtaking. I just do not know how they keep the miles of hedges so tidy and so completely symmetrical.

The gardens are the one thing Tony still remembers about our jaunt to Paris. The wide avenues are what he recalls most vividly, perhaps as they are so uncluttered.

However, I have to accept that such travelling is now out of the question. Tony’s health problems are becoming more severe. I am worried about his circulation, especially his legs where it is is particularly poor. Even on the hottest day he will be wearing a vest, shirt, jersey and fleece because he is cold.

Despite this he is still enjoying being my mayoral consort although he cannot stand for very long. I take a folding chair with us to events just in case none is available. But, as a friend always says: crack on – it’s not a dress rehearsal.

Steph Booth lives in the north of England with her husband, the actor Tony Booth.