Kevin Nolan on living with diabetes: ‘you can do anything you want’ 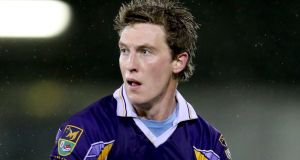 After we lost to Cork in the All-Ireland semi-final by a point in 2010, I went to see my GP and he said I had an underactive thyroid.

I had a lack of energy which I put down to training so hard, but when the football stopped in September 2010, I still felt that tiredness.

I was not expecting anything to be wrong. I just thought I was a bit burnt out. Doctors knew before the All-Ireland final in 2011 that I was coeliac, but they did not tell me until three days after the final. I was not sure what I could eat or not eat. I was not aware of the amount of foods I could still eat. Even since then the improvement in coeliac food has been amazing.

After we won in 2011, going around the schools and the pubs with the Sam Maguire was something I will never forget. There is a responsibility to winning the biggest sporting prize in the country.

I don’t drink alcohol, so I was offered a Coke in one pub and I downed it straight away because I was that thirsty.

By the end of the night I had downed six drinks, each in one mouthful. That did not help the blood sugars.

At the end of November/December 2011, I lost two stone in the space of two and a half weeks this year. I have a feeling that it was down to the shock of changing over to a coeliac diet.

I was waking up four or five times a night to go to the toilet. I was extremely thirsty all the time and tired.

I was hoping that I had a kidney problem, but I feared that it would be diabetes.

It was only after that I went to the GP who asked me to get a blood test and he confirmed it was type 1 diabetes.

I told the Dublin team doctors and they sent me to Beaumont Hospital. Type 1 diabetes is an inheritable disease though neither my parents nor my grandfather had it.

I get up in the morning, have breakfast and I inject myself in the stomach after every meal.

The insulin has to match the diet. There is a certain amount of mathematics in it.

When I was diagnosed, I heard of other sports people such as the five times Olympian Steve Redgrave and former Spurs captain Gary Mabbutt who played top-class sport despite having diabetes.

It showed me I could compete if I managed my diet and my insulin regulation.

I took a break in November and December last year to give my body a rest. My lack of fitness at the start of the league campaign probably did not help.

I never really got going in the league for Dublin.

I’ve started training for next year already. There is nothing holding me back to training for senior inter-county football. All the exercise actually helps me because it requires less insulin intake.

In January I wasn’t playing because I wasn’t fit, but I got myself into a state when I was fit. The competition for places has been amazing this year. The lads in the starting 15 were playing superb football.

I’m an ambassador for Diabetes Ireland and I’ve played in a match to raise funds for the association. I’m trying to help out in any way with regard to diabetes.

I believe I can still compete at a high level and that can rub off on young people or even adults who think they are finished because of diabetes.

Once you have it under control, you can do anything you want.

Covid-19: Only one in 20 airport arrivals contacted for quarantine checks

Prepare for ‘new normal’ of paying subscriptions for optional extras
6