How important is taking time off work? Very 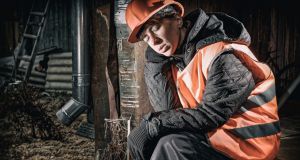 Compared to those with normal sleep duration (seven-eight hours), men who slept five or fewer hours per night had a two-fold higher risk of having a major cardiovascular event by age 71

Listening to yoga music at bedtime, getting just the right amount of sleep and taking a regular holiday are the latest lifestyle tips to help prevent cardiac disease and maintain a healthy heart. All emerged from presentations at the recent European Society of Cardiology congress in Munich, the biggest annual meeting of cardiovascular experts in the world.

The Helsinki Businessmen study has been running for 40 years and has generated lots of health data. An analysis presented in Munich looked at participants work, sleep and holiday time. It showed that men who took three weeks or less annual holiday had a 37 per cent greater chance of dying than those who took more than three weeks. Interestingly, the men who took shorter periods of time off worked more intensively and slept less.

“Don’t think having an otherwise healthy lifestyle will compensate for working too hard and not taking holidays,” said lead author, Prof Timo Strandberg, of the University of Helsinki. “Vacations can be a good way to relieve stress.”

What did we learn from a session on the “ZZZs of heart health”? Swedish researchers confirmed that not getting enough sleep is bad for our hearts. Specifically, they reported that middle-aged men who sleep five hours or less per night have twice the risk of developing a major cardiovascular event during the following two decades than men who sleep seven to eight hours.

In another admirably long-term study, researchers from the University of Gothenburg randomly recruited some 800 50-year-old men and divided them into four groups according to their average sleep duration: five or less hours, six hours, seven to eight hours, and more than eight hours. Participants were followed-up for 21 years for the occurrence of major cardiovascular events, including heart attack, stroke, and death from cardiovascular disease.

Compared to those with normal sleep duration (seven-eight hours), men who slept five or fewer hours per night had a two-fold higher risk of having a major cardiovascular event by age 71. The risk remained doubled after adjusting for risk factors such as obesity, diabetes, and smoking.

Coming at the topic from a different angle, Greek researchers found a “sweet spot” of six to eight hours sleep a night is most beneficial for heart health.

Dr Epameinondas Fountas and colleagues from the Onassis Cardiac Surgery Centre, Athens, Greece, carried out a meta-analysis (a statistical tool for combining the results of previous studies on the same topic). They found that both short and long sleepers had a greater risk of developing or dying from coronary artery disease or stroke, when followed for an average of just over 9 years. Dr Fountas concluded: “Having the odd short night or lie-in is unlikely to be detrimental to health, but evidence is accumulating that prolonged nightly sleep deprivation or excessive sleeping should be avoided.”

Next up with their pesetas worth on sleep and healthy hearts were a group from the Spanish National Centre for Cardiovascular Research in Madrid. In a study of almost 4,000 middle-aged men and women, they found that sleeping less than six hours or waking up several times in the night is associated with an increased risk of hardening of the arteries (atherosclerosis).

Having a high variability of your heart rate is a good thing. So it was interesting to hear researchers from India tell the congress that listening to yoga music before going to sleep has a beneficial impact on heart rate variability. While we know music reduces anxiety in patients with heart disease, what Dr Naresh Sen, of HG SMS Hospital, Jaipur, added (in a small study) was that heart rate variability increased during yoga music, decreased listening to pop music, and did not significantly change during periods of silence.

So its time to ditch the heavy metal stuff, book my next holiday and regulate the ZZZs.

Meet the Bearman of Buncrana: ‘I knew about Joe Exotic for years’
9

What sold for €540k in Donnybrook, Naas, Killiney and Castleknock
10