When it comes to losing weight, can you outrun a bad diet?

Eat like our grandparents ... and cut out bread for optimal weight loss, says Pat Divilly 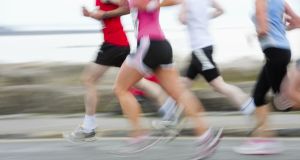 While physical activity reduces the risk of a range of ailments such as heart disease, dementia, some cancers and type 2 diabetes, it does not promote weight loss, according to the research. Photograph: iStockphoto 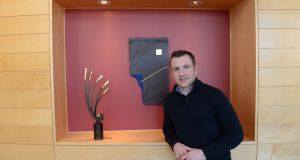 Fitness trainer Pat Divilly: ‘It’s frustrating to see the amount of work some people put in, with no results, because they have not addressed their diet.’ Photograph: Dara Mac Dónaill

For somebody exercising solely to lose weight, the one thing more soul destroying than the calorie counter on your treadmill telling you after 30 minutes of pounding that you have only burned the equivalent of half a Twix, is the weighing scales that shows you haven’t lost a single pound all week, despite your excruciatingly sweaty efforts.

Many people make the mistake of focusing on exercise to lose weight, but the latest research has shown that exercise alone is not enough, and that cutting back on calorie intake should be the focus for weight loss.

While physical activity reduces the risk of a range of ailments such as heart disease, dementia, some cancers and Type 2 Diabetes, as well as reducing symptoms of depression and anxiety, it does not promote weight loss, according to the research.

A study carried out by Prof Herman Pontzer and his team at City University of New York, published in Current Biology earlier this year, is the latest to challenge obesity prevention strategies that recommend increasing daily physical activity as a way to lose weight.

While Pontzer stresses the importance of exercise for physical and mental health, his findings show the need to focus on diet when it comes to managing weight, or preventing or reversing unhealthy weight gain. (There has been some concern expressed that the message that this and similar studies are sending out will put people off exercise before they have even got to a stage where they are moderately active).

Dr Aseem Malhotra, cardiologist adviser to the National Obesity Forum in the UK, has pointed out that while exercising in the right way has many health benefits, weight loss is not one of them. To combat obesity, he says, public health messages need to focus squarely on unhealthy eating.

An outspoken critic of the food industry, Dr Malhotra has accused food and drink firms such as Coca-Cola of wrongly emphasising how physical activity and sport can help prevent people from becoming overweight.

In an editorial in the British Journal of Sports Medicine, Malhotra and his co-authors say many members of the public wrongly believe that obesity is entirely due to lack of exercise. Given the worsening scale of the obesity crisis, he wants to “bust the myth of physical activity and obesity”, pointing out that “you cannot outrun a bad diet”.

Galway-based fitness and nutrition expert and author, Pat Divilly, says that while it is obviously better to combine both exercise and healthy eating for optimal physical and mental health, there seems to be a general lack of awareness about the importance of nutrition for weight loss.

“It’s definitely a very common thing. People will join a commercial gym, plod along on the treadmill and wonder why they are not losing weight. It’s frustrating to see the amount of work some people put in, with no results, because they have not addressed their diet.

“When it comes to weight loss, I always put the emphasis on nutrition because most weight loss happens outside the gym.”

Divilly says he comes across two types of people: those who don’t address their diet at all and those who have the best of intentions, but are so confused by food marketing that they end up filling their shopping trolleys with low fat products that are, in fact, packed with sugar, additives and preservatives.

“My advice is to keep it very simple when it comes to nutrition. I tell my clients to eat like our grandparents ate. It used to be all about food quality and natural food, but first fat was villainised, then sugar was villainised, and this has taken us further and further away from real food. Most people are not really eating proper food any more,” he says.

Divilly puts his clients on a one- to two-month nutrition plan before they start an exercise programme, pointing out that people with a lot of weight to lose are more susceptible to injury due to the pressure on their joints.

“If you are very stuck for time, you are far better off spending two hours a week prepping meals than two hours in the gym, even though this may sound counter intuitive. By pre-prepping veg and batch cooking soups and meals for the freezer, you are much more likely to stick to a healthy diet. I make double portions so I get a dinner and next day’s lunch out of the same meal. Smoothies are a good option for breakfast.”

For those who have failed again and again at losing weight, Divilly advises making small gradual changes, rather than trying to change everything overnight, and says “it’s always easier to add stuff than take stuff out”. He suggests focusing on one change a week, for example, adding one extra serving of green veg every day, drinking more water, or starting to take fish oils. He advises cutting out bread for optimal weight loss results, and replacing it with good carbs from fibrous veg and gluten-free sources.

Nutritional consultant Mary Carmody, who specialises in long-term weight loss programmes, sometimes advises clients to reduce the amount of exercise they are doing.

“I work with many personal trainers in my corporate nutrition work and they always say to me that weight loss is 80 per cent diet and 20 per cent exercise. The diet has to be right before exercise will work. A recent client lost four stone after changing his diet and cutting back on the number of times he was exercising every week. He was totally overdoing it, going to the gym six times a week, but his diet was desperate, he was quite overweight and couldn’t shift it.”

Carmody says that when it comes to weight loss, most people have an all-or-nothing approach, sticking rigidly to a plan for a few days or weeks, then having one ‘bad’ day and giving up. A lot of her female clients complain that they can’t “lose the belly”, but when she looks at their eating habits, she finds that they often skip breakfast and do not eat at regular intervals throughout the day. She advises eating every two and a half to three hours to keep blood sugar levels stable and avoid becoming over-hungry.

“One woman who came into me was very stressed, and couldn’t lose half a stone. She was exercising twice a day, and had cut out good fats like almonds, nuts and seeds, which are full of protein and magnesium. A lot of women will not touch nuts because they think they are fattening, but they eat slimming breads and low fat yoghurts packed with sugar that play havoc with their blood sugar levels.”

Like Divilly, Carmody advises people to go back to the food of our ancestors and to eat protein and carbs at every meal and snack, for example chicken with vegetables and rice, nuts with fruit. To lose weight and keep it off, she also advises avoiding sugar, reducing caffeine intake, drinking two litres of water a day and less than five units of alcohol a week, and keeping a food diary.