Summer like no other brought runners to places we never imagined 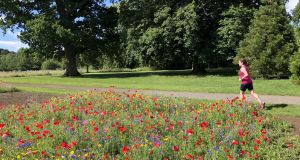 Without much of a social life or busy schedule outside the home, running became a big focus for many.

This week traditionally marks the end of summer and the imminent arrival of that back-to-school autumn routine. In a normal year, as runners, we might have accumulated a few new race t-shirts and medals over the last few months.

There would be parkrun memories, personal bests and maybe even a summer running weekend away. But alas, it is a year like no other and our running summer has brought us to places we never imagined, albeit mainly within running distance of our front door.

Take a look back

Although we may not have reached the running heights we originally anticipated, summer 2020 did bring a few unexpected running perks, assuming of course you did manage to keep healthy and motivated enough to keep on running. It can be hard to put a positive spin on anything these days, but if you look close enough you might just find that this summer has changed you as a runner. You might have learned something new, approached running in a different way or indeed taken enough time out of your usual running routine to see what might not have been doing your fitness or stress levels any favours.

A change of routine

Curious to know if it was just me that got a lot out of this alternative summer, I asked my running community about their experiences and if this Covid summer changed their approach to in any positive way. While springtime was spent adapting to social-distancing guidelines and the stresses that lockdown brought, by summer, it turns out a lot of people had established new routines and built running into them. Maybe you were one of the many who gained a few extra hours in your day by not having to commute. This was by far the most popular positive response I received. Having more freedom and control over the time available to run, combined with the lack of stress from rushing and traffic, meant there was more time and energy to pop on running shoes.

An escape from home

Many runners mentioned that without much of a social life or busy schedule outside the home, running became a big focus in their days and weeks. It became a motivation and a highlight in their week that was something beyond work and home. Whether runners were looking to escape the home office and makeshift desk or indeed gain a bit of silence away from a busy family house, having running on the to-do list made managing life outside of running easier. Many new runners hit the roads and some runners who had been absent for a while rediscovered running and the positive energy boost it brought to their day.

Some runners ran with family, while others discovered running solo for the first time. Some found local running buddies and new paths and trails they never knew existed close to home. Some ran off-road to escape the busy paths but in their detour discovered a love for softer terrain. Without the pressure of the clock and any race-day competition, some runners thrived without the stress of race-day anxiety. Other runners who would normally be aiming for a summer peak performance were able to adjust their training goals and focus on technique, new distances and even run without every run being analysed in detail. Interestingly, some runners went the opposite way and for the first time invested in gadgets and competed with themselves over the summer to improve their speed and strength.

In a nutshell, even though our running plans changed from what we had imagined, and we all have different commitments at home and at work, running made our summers better than they might have been. Boosting our outdoor time, our aerobic fitness and reducing our mental stress all helped us manage the world outside running a little better. For sure we can focus on what we missed out on this summer, but there is always next summer to do more. Let’s just take today to remember all the good that we found in ourselves and others through running this summer.

You still have a few days of August left. Don’t let them escape you. Create a summer running finale for yourself. Pick a local quiet route, take off and without any time pressure spend the time running thinking back over the summer and all that running has given you. Finish your celebration run with a treat. It might be just a few minutes to yourself to watch the world go by, a takeaway cuppa while stretching on the grass or maybe even a bath and a few bubbles! You have made it to the end of the summer and running has probably helped you get this far in better shape than you might be without it.

We are now heading down another uncertain road with much beyond our own control. As runners, we like to plan ahead, get excited and set ourselves a challenge to keep motivated especially now as the daylight starts to gradually disappear. The start of autumn has always been a natural time of reset, a second chance at rescuing those almost forgotten new-year resolutions. But it is hard to plan when you can’t see where you are going and what freedom you will have to do it. But we have got to keep going individually, adapt where we can, and control what we can for now. Maybe this month ahead we could aim to find our escape in running as a way of looking after ourselves. A change of season, a new start, no big expectations, but a stepping stone to next month and to see what another few weeks into the future might bring.

Mary Jennings is founder and running coach with ForgetTheGym.ie. Mary’s book Get Running published by Gill Books is out now.