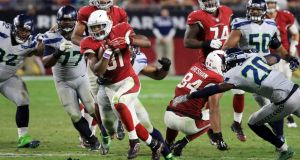 Exercise is good for you. There is no doubt about that. Moderate exercise reduces your risk of heart attacks, stroke, diabetes and some cancers. Athletes have less chance of heart attacks and heart disease than the general population. However, what happens when athletes step away from big training programmes?

For over a century it has been established that endurance athletes, in particular, develop bigger hearts than normal. A proportion of these will have a profile which, if identified in sedentary people, would suggest heart disease.

However, heart specialists conclude that this “mimicking” is generally not a problem – at least until the sportsman or sportswoman retires.

At that point the picture becomes unclear.

“Athlete’s heart, as it is called, is generally considered benign; that is, safe and when you stop training it shrinks and comes back to normal,” says Noel Monahan, a former international rower and canoeist who now coaches.

“But one study, at least, has found that after five years, up to 20 per cent of athletes don’t [see that shrinkage]. It stays enlarged.” "According to an article in the British Journal of Sports Medicine (Espen Spangenburg and Sarah Witkowski, 2008) while a sedentary lifestyle is dangerous, and can be lethal in terms of cardiovascular (disease) and diabetes and obesity, athletes who stop are at an increased risk of developing all these.

“So the bottom line is we can’t stop (training). We have to keep going.”

A number of studies carried out by the Mayo Clinic in Arizona give further support to this view. According to researchers James O’Keefe, Peter McCullough and others in a 2012 paper: “The benefits of regular physical activity to the individual and to society as a whole far outweigh potential risks. At the same time, long-term training for and competing in extreme endurance events may predispose to cardiovascular issues that are not seen in more moderate forms of physical activity.”

They go on: “Accumulating information suggests that some of the remodelling (of the heart) that occurs in endurance athletes may not be entirely benign. For example, in elite athletes, cardiac dimensions do not completely regress to normal levels even several years after the athlete has retired from competition and heavy exercise training.”

Barry Maron and Antonio Pelliccia, in a paper for the American Heart Association in 2006, say that about one-fifth of former elite athletes will have hearts which do not return to normal size after five years. They add that while they had no evidence that this larger size involves “deleterious cardiovascular consequences”, “it cannot be excluded with certainty”.

The lack of studies of heart conditions in retired sports people remains a problem, but there is a bank of evidence in at least one sport.

Its summary states: “Eighty two per cent of NFL (National Football League) players under age 50 had abnormal narrowing and blockages in arteries, compared to the general population of the same age. This finding suggests that the former athletes face increased risk of experiencing high blood pressure, heart attack or stroke.”

It concludes: “What we hope to emphasise with our findings is that all NFL players – retired or not – need to undergo cardiovascular health evaluation because they may have changes in heart and vessel conditions that we can treat so they don’t experience problems later in life,” Hurst said.

Hurst also said that “it is not playing in the NFL that increases the risk; it’s what happens after they retire”.

The profile of American football players may or may not match that of athletes in other sports and steroid use is “the elephant in the room”, according to Hurst. For every retired athlete, however, there seems little doubt that staying active, preventing weight gain and monitoring one’s health are good ideas.

Noel Monahan adds that retirement often comes at a time when an athlete just wants to leave everything behind.

“What athletes recount themselves, anecdotally, is that when you’ve been training for years, in a routine, in a slog (and) potentially with burnout at the end of a career, you just want to stop (training). And a lot of athletes will. Figures from the States are up to a quarter of those who participate in sports stop and do nothing.

“And the risks then from the sedentary lifestyle become even greater. Because athletes and sports people have been training at such a high level, and their body is attuned to such a high level of performance, on stopping there is a lot of strain and stress on the machine. And hence things go wrong.”

Sometimes retired sports people need a jolt to do the right thing. The Living Heart Foundation in the United States, a non-profit body, screens former American footballers and helps them get treatment. Dr Arthur Roberts of the LHF was a former professional footballer. After he retired he was a surgeon for most of his life, until he had a stroke at 58.

“The doctor wasn’t listening to the advice he was giving his patients,” Roberts told the “New York Times”. “I neglected regular exams and follow-ups that I insisted my patients get. I wasn’t exercising, eating right. I should have known better.”

He believes his sense of invulnerability had much to do with his past as a sportsman.

But no one is invulnerable.