Feeling tired? Here's how much sleep you really need... 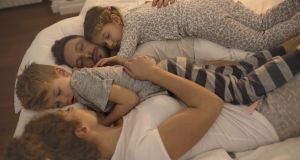 Ella Fitzgerald was right. When the First Lady of Song recorded “Tain’t What You Do, It’s The Way That You Do It”, she could have been singing about sleep. Because that’s what gets results.

Sleep: we all do it; some of us for more than one-third of our lives. But while much has been made of the varying accounts on the amount of sleep we require, what constitutes quality sleep – baring unwelcome interruptions – is rarely discussed.

So what of the science? The mantra that we need seven to nine hours a night has been reinforced by numerous large epidemiological studies in recent years. They have associated consistent sleep of less than six hours a night with increased mortality risk within a decade, with that risk rising significantly when the amount drops to less than four and a half hours regularly each night.

But sleep needs are also individual, says clinical psychologist Dr Michael Breus, a fellow of The American Academy of Sleep Medicine and one of that country’s leading authorities on the subject.

“I personally have been a six-and-a-half-hour sleeper all my life, while my wife needs eight and a half. This is something based on genetics; not just how easily you can fall asleep, but how long you will sleep.”

The average sleep cycle is between 80 and 90 minutes and the average person has five of those each night. Sleep can be broken down between two sets of players, akin to forwards and backs on a sports field: REM (Rapid Eye Movement) sleep and slow wave, or non-REM, sleep.

When we nod off, Breus says, our sleep cycle takes us through stages one, two, three and four, then back to stage two and then into REM sleep, before the cycle begins once more.

According to Dr Andrew Coogan, a behavioural neuroscientist and director of the Chronobiology and Sleep Research Laboratory at Maynooth University, “When you wake in the morning, it’s most likely from a REM state. Waking from slow wave sleep is associated with lots of grogginess and sleep inertia, as it’s really important for restorative values and feeling refreshed. So if you prevent people from getting into the deepest phases of slow wave sleep, the effects are felt the next day. Sleeping during the day tends to give you less slow wave sleep, as does the use of sleeping tablets.

“Some people can genuinely benefit from quality sleep for a shorter amount of hours than others at the same life stage. There is quite a big individual difference for people. What also differs is the timing of the sleep, as you have morning types or evening types. Some people thrive on going to bed early, and waking up early, whereas others do the opposite,” says Coogan.

So, while at least seven hours is preferable, it’s not necessarily how much sleep we have but the quality of sleep we experience: if you were to have marginally less sleep overall, but with better quality sleep, then the net effect will be beneficial.

Medieval records recall night as being split between two sleeps, especially through long winter nights. The first would last for four or five hours in the early evening before waking up to social time for a couple of hours typically around midnight – and sometimes featuring a light meal, or even visiting neighbours – before further sleep until sunrise.

Most experts tend to agree we are sleeping less than when electric lighting became commonplace in the early 20th century, while the quality of our sleep has been impacted in more recent decades. So our sleep patterns are part technologically determined, but they are also subject to societal and cultural influences as well.

Take the siesta for example. In Asian, Mediterranean and Latin American nations, an afternoon nap has been the norm for centuries.

“This could be related to the high temperatures in the afternoon, when people are seeking shade and sleep, or with too little sleep at night,” says Prof Christian Cajochen, head of the centre for chronobiology at the University of Basel in Switzerland.

“I always recommend taking a power nap when the previous night’s sleep was too short or of bad quality. It is easy to install a power nap room somewhere in an office building. However, if the boss does not take power naps, the employees will also be less likely to nap at work.

“There is compelling scientific evidence that a power nap beneficially influences memory, wellbeing and also cardiovascular conditions. However, if you had a good sleep at night, a power nap is not really needed,” says Cajochen.

Breus maintains that sleeping in one big block appears to be more beneficial, since it’s more conducive to deeper stages of sleep; a viewpoint supported by Sigird Veasey, professor of medicine at the centre for sleep and circadian neurobiology at the Perelman School of Medicine at the University of Pennsylvania.

“Nobody has really studied whether alertness, intelligence or the risk for neurodegenerative disease is altered at all by having those naps over an extended period of time. So we don’t really know yet,” says Veasey, who adds that men tend to sleep an average of one hour less a night than women.

“So naps probably need to be more than two to three hours, so you can clear the debris away, fix synapses and restore the quality of the neurons.”

But regardless whether you are a convert to the power nap or not, single-block sleep is something which breaks down as we get older, meaning more daytime naps and more night-time wakening, impacting sleep quality.

Protein powders: What are they and do they work?
Real news has value SUBSCRIBE