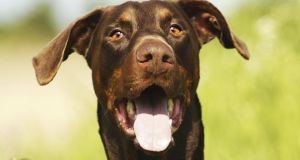 The number of people bitten by dogs in Ireland rose 50% between 1998 and 2013. Photograph: Thinkstock

In 1983 I visited Sri Lanka to learn about the laboratory diagnosis of rabies. Human deaths there often follow bites from infected stray dogs, of which a pack surrounded me one morning. Those that were not barking were licking their lips. They eventually drifted away, but I could have been mauled, or worse.

A rabies eradication programme (REP) – delivering dog vaccination and responsible dog-ownership campaigns – had been under way in Sri Lanka since the 1970s, when about 300 human deaths occurred annually. In 2014 there were 19.

Sri Lanka’s REP is a public health measure that improves animal and human welfare. But Ireland’s Control of Dogs Act 1998 Regulations is a public health measure that is ineffectual at best. Páraic Ó Súilleabháin, a psychologist at NUI Galway, has shown that the number of people hospitalised for dog bites rose 50 per cent between 1998 and 2013, following the introduction of breed-specific legislation.

He says, “Targeting dogs by breed doesn’t identify potentially dangerous dogs. Research has found no difference in aggression or factors leading to biting between regulated and nonregulated breeds.”

Ó Súilleabháin says breed-based dog regulation in Ireland is behind international best practice: “With the exception of Veterinary Ireland, all international veterinary associations, including the American Veterinary Medical Association and the British Veterinary Association, strenuously oppose it.”

Dr Robert Simpson, president of the American Veterinary Medical Law Association, observes: “Breed-specific legislation is based upon the mistaken notion that dogs of certain breeds are inherently dangerous or pose a greater threat to people than dogs of other breeds. Multiple studies have shown that breed-specific legislation is ineffective at preventing or even reducing dog-bite injuries.”

“Research recommends professionals not to attempt to identify a dog’s breed makeup because it’s inaccurate. There may also be serious legal implications for an identifier.”

Commenting on the approach in Ireland, Simpson says: “Statutes based on visual breed identification are archaic, and result in inconsistent arbitrary enforcement of the statute.”

Ó Súilleabháin wants action. He says: “There are numerous examples of evidence-based dog-control strategies that work internationally, are legally enforceable, and demonstrate international best practice. They identify potentially dangerous dogs and place strict restrictions and educational requirements on owner and dog. These measures should be adopted immediately by Minister for the Environment Alan Kelly.”

The Government referred me to Kelly’s parliamentary statement of May 6th: “Several jurisdictions have addressed the matter of restrictions of particular breeds of dogs in a similar way to Ireland. England, Northern Ireland, France and New Zealand all have similar restrictions on specific breeds of dog.”

Ó Súilleabháin disagrees: “Those countries’ systems are not only dissimilar to Ireland’s, but evidence shows their measures don’t work. Irish citizens are four to 13 times more likely to be hospitalised from a dog bite compared with those in countries with measures targeting potentially dangerous dogs, irrespective of breed. Minister Kelly should seek expert advice for international best practice on this topic immediately.”

Highlighting an ongoing and in-depth policy review, Peter Bishton, deputy chief executive of Veterinary Ireland, says: “To veterinary colleagues in the local authority veterinary services, these regulations are of significant benefit for public safety in relation to dogs.”

Ó Súilleabháin replies: “Given the international consensus from their peers and the potential legal liability from incorrect breed identification, it is alarming that they report a significant benefit to public safety from present regulations.”

McMahon participated in a wildlife survey in Ireland – recently published in the journal Zoonoses and Public Health – that implicated wild birds and mammals in the spread of AMR. Researchers from UCD and Queen’s University Belfast looked for the bacterium E. Coli in faeces from herring gulls, black-headed gulls, lesser black-back gulls, starlings and deer.

From 146 samples, 115 E. Coli isolates were grown. Ten isolates were resistant to the antibiotics ampicillin, streptomycin and tetracycline. Interestingly, researchers from the school of agriculture and food science and centre of food safety at UCD discovered that E. Coli isolates from retail meat products and food-producing animals in Ireland were resistant to the same antibiotics.

How do birds and deer acquire resistant bugs? The development of AMR is associated with wastewater treatment plants and activated sludge, and McMahon’s team found that “in Ireland, most wastewater is discharged out to sea after treatment, and therefore gulls breeding and feeding along the coast are likely to [come into] contact [with] this wastewater”.

The situation is exacerbated by the common agricultural practice in Ireland of applying microbe-rich animal manure on pastures, where birds and deer may feed.

McMahon says: “It is concerning that symptoms of over-usage, ie anthropogenically sourced AMR bacteria in the natural environments, could, in time, serve as a source of highly resistant bacteria that will find a route into the human food chain.”

Given McMahon’s concerns, the development of AMR in wildlife is a public health challenge. A useful start to addressing this problem might include the installation of AMTs in all Irish hospitals.

Whether domestic pet legislation or wildlife and AMR, the need to consider the relationship between animals and public health is pressing.