Are you pelvic floor aware? 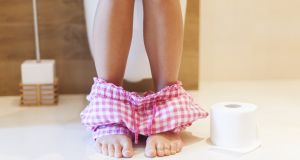 Incontinence seriously impacts on women’s quality of life yet awareness of treatment options, and their uptake, is low. Photograph: iStockphoto

Urinary incontinence affects one in four women in Ireland with stress incontinence, primarily related to pregnancy and childbirth, and overactive bladder, previously known as urge incontinence, being the most common.

From restricting physical and social movement, disturbing sleep, draining finances and causing embarrassment, incontinence seriously impacts on women’s quality of life yet awareness of treatment options, and their uptake, is low.

In Cork University Maternity Hospital, where all post-natal women are offered pelvic-floor physiotherapy classes to treat and prevent stress incontinence, “the DNA [did not attend] rate is really, really high,” says consultant urogynaecologist Dr Suzanne O’Sullivan. “The problem is that women don’t show up.”

In Dublin, uptake of pelvic floor classes was similarly poor at the National Maternity Hospital, says physiotherapist Lesley-Anne Ross, who specialises in pelvic-floor dysfunction and used to work at the Holles Street hospital.

“We found it very difficult to get Irish women to come to classes no matter how much we talked about it,” she says.

In contrast, women from other European countries in the hospital “were very anatomy and pelvic-floor aware”, says Ross. “They had a clear idea of where they wanted to get [their bodies] back to.”

Both Ross and O’Sullivan agree that Irish women’s attitude to their pelvic floors (the muscles and connective tissue that support the bladder, bowel and uterus) is a “very cultural thing”. As to why, neither can say.

“I’ve done different information talks where I teach Pilates just to raise awareness,” says Ross, “and while some people are all for knowing, others don’t want to talk about it. They will only do so when it’s a problem.”

I am proof that culture runs deep. I lived in Belgium for six years, where mention of physiotherapy peppers all Belgian conversations about pregnancy, yet my efforts to get my pelvic floor back in shape were half-hearted and delayed.

After my boys were born it slowly dawned on me that I could no longer dart after one of them without leaking. Then, the winter before last, when the youngest was five, I joined a running club and things got more serious and embarrassing.

I made sure to always wear black shorts or leggings, so my inevitable leakages wouldn’t be so visible, and was grateful for the dark evening training sessions. The odd bright weekend morning run sent me into a headspin.

My mind would turn obsessively as to whether I’d dribbled, hardly conducive to a relaxing run. Pads provided some relief but not enough to stop me fretting.

On a trip back to Ireland, one doctor told me there was not much to be done until I was sure I’d finished having children at which point I could consider surgery. In the meantime, general fitness would help, she said. I resigned myself to using pads.

One morning, when chatting to another Irish mother in the hall of our children’s Belgian school, I burst out laughing when she said she was off to her “vaginal re-education class”. Mistakenly convinced that such a thing didn’t exist in Ireland, and with the clock ticking on my Belgian stay, I finally got a referral for 10 physiotherapy sessions.

They were completely painless and remarkably effective. I sat with a vaginal biofeedback probe inserted for 30 minutes at a time.

Every so often the machine would beep and my physio would tell me to squeeze. She also gave me a range of exercises to do. After just six sessions the result was impressive. I could run almost leak-free and felt much more confident when I had to suddenly dash for a bus.

Contrary to the advice I was given about available options in Ireland, women’s specialist physiotherapy is now readily available here.

“The women’s health and continence group of the Irish Society of Chartered Physiotherapists is not a very big group, about 120 physios, but it is very focused and growing,” says Ross, who works at the pelvic floor centre in Dún Laoghaire’s St Michael’s Hospital. Women’s physios are listed on the society’s website.

It is very important to see the right physiotherapist, says O’Sullivan, one that will carry out a vaginal examination.

With stress incontinence, pelvic floor muscles can sometimes be too weak but they can also be too strong, or hypertonic, which means they are not able to contract and release, says Ross.

“Just like you get knots in your shoulders that may not contract and release, the same can happen with your pelvic floor muscles,” she says. Physiotherapists do a lot of manual therapy in order to release the muscle and to get it functioning.

Various biofeedback machines are available to physiotherapists for assessing and rejuvenating pelvic floor strength. Personal probes, such as Pericoach and Elvie, which link to smartphone apps, allowing users to monitor their biofeedback, are also now on the market for about €200. Neither are available on the medical card, says Ross.

While predominantly related to pregnancy and childbirth, stress incontinence can occur in women who have not had pregnancies. “Many women are under a lot of pressure and, just like headaches and shoulder pain can be stress-related, so can pelvic floor problems,” explains Ross.

Women such as teachers who are in jobs where they can’t go to the toilet when they need to, can have long-term problems. Pelvic floor dysfunction can also result from child abuse, says Ross.

“We also see some people who have been doing a high level of exercise for the past eight to 10 years. They are very fit and very toned but are incontinent because of the dynamics in the pelvic floor,” says Ross. “If you are doing lots of weight-lifting and planks, it can all be quite detrimental to the pelvic floor.”

Both Ross and O’Sullivan stress that the best results in terms of solving incontinency problems are when there’s a team approach, involving GPs, physios, nurse specialists and consultants who work in a multidisciplinary way.

Continence specialists are present throughout the country, says O’Sullivan, who is currently chairwoman of the Continence Foundation of Ireland.

In principal she recommends that all woman with stress incontinence have physiotherapy before embarking on surgery, as is best practice.

“Physiotherapy has no complications whereas operations do,” she says. “For patients who have failed conservative therapy [for stress incontinence], there is an excellent surgery with a greater than 90 percent success rate.”

Overactive bladder treatment options include bladder retraining with a HSE continence advisor, available through local health centres, and medicine which can be prescribed by a GP.

When medication fails for overactive bladder, botox can be used and O’Sullivan has been pleased with the results, although repeated treatment may be necessary. “We are working towards some of these procedures being done by nurse specialists,” she says.

Her number-one message for women suffering incontinence is that you can be made a lot better.

“There is almost nobody who can’t be improved significantly.”