Alcohol – an endless topic of research

Medical matters: The perennial search for a hangover continues 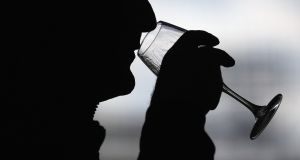 Hangover symptoms are due to a combination of dehydration; the toxic byproducts produced by the liver when it processes alcohol; and a drop in blood sugar levels. Photograph: Getty

How was Christmas for you? Full of pleasant surprises and some indulgence I hope. For those who drink I’m sure at least a tincture of alcohol passed your lips. But with New Year’s Eve approaching, so too is what is traditionally a period of heavy alcohol consumption.

This column is a light-hearted one so, without becoming a festive grinch, I will just point out that the most damaging way to consume alcohol is by binge drinking. Rather than drinking moderately every day, more than a third of Irish people take at least five drinks per session. Elsewhere in Europe, just 2 per cent of Italians drink in heavy “bursts”.

With that emphasised, how about some alcohol information? For readers with a series of parties to attend, a good tip is to divide the recommended weekly alcohol intake by the number of social events you are due to attend. For men the upper alcohol limit is 21 units a week, for women 14. A unit of alcohol is roughly equivalent to one-third of a pint of beer, half a standard (175ml) glass of wine or a single measure of spirits.

There is evidence for the health benefits of moderate consumption of alcohol. A study of more than 80,000 American women found that those who drank moderately had half the heart-attack risk of those who did not drink. Another major study of some 15,000 men and women found that moderate but frequent alcohol consumption in early to middle age could reduce the risk of heart failure – when the heart becomes too weak to pump blood around the body at the right pressure – by 20 per cent for men and 16 per cent for women.

Dr Scott Solomon, a professor of medicine at Harvard Medical School and a senior physician at Brigham, who wrote the paper, said: “These findings suggest that drinking alcohol in moderation does not contribute to an increased risk of heart failure and may even be protective. “It is important to bear in mind that our study shows there is an association between drinking moderate amounts of alcohol and a lower risk of heart failure but this does not necessarily mean that moderate alcohol consumption causes the lowered risk, although we did adjust our results to take account, as far as possible, of a variety of other lifestyle factors that could affect a person’s risk,” he concluded.

Wine, especially red wine with its higher levels of antioxidants than in white wine, has been studied extensively with some findings suggesting it may promote a longer lifespan, protect against certain cancers, improve mental health and provide benefits to the heart.

However, it is important to stress that any benefits are linked only to moderate consumption.

There have been some bizarre cures over the centuries. Cabbage was a popular remedy documented in Greek and Roman texts as well as by ancient Egyptians. The vegetable was boiled in a pot of water and eaten before or after consuming wine, while some also took the broth.

Physicians have had a go too. In the late 1600s Dr Jonathan Goddard created Goddard’s Drops, which contained ingredients such as ammonia, the skull of a person hanged and dried eel. The 19th century produced more palatable potions such as Peppermint Water with iron sulphate, magnesia, peppermint water and nutmeg.

With the 20th century came the Bloody Mary – a tomato-based vodka drink – mixing both the “hair of the dog” and plenty of antioxidants. The original Coca-Cola, replete with cocaine, not surprisingly had its fans too for a time.

Aoife Noonan’s How to be a Better Baker Part 5: Fruity tea loaf
4