Fans of Wilder’s Little House books will treasure her autobiography, which illuminates the stories and spares no details of the pioneers’ sometimes difficult lives 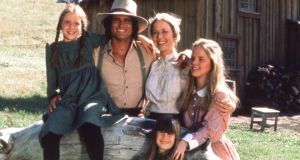 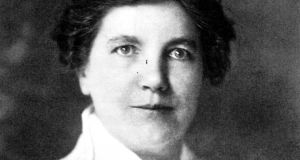 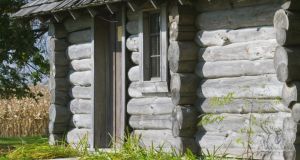 The Little House books, which start when Laura is two and end when she is 22, have sold millions of copies and been translated into almost 40 languages. The seven books document her roving pioneer childhood, where home can be a covered wagon, a log cabin, a shanty, a dug-out, rooms over a store or a hotel.

The series has charmed, engaged and fascinated readers since Little House in the Big Woods was published in 1932. The final instalment, The First Four Years, about Laura’s first years of marriage, was published posthumously in 1971. As the years have passed, modern readers have gained access to an entire wealth of supplementary material via the internet that has served to enrich the experience of reading the books.

I was well into my teenage years before I ever saw a photograph of Wilder. My visual impressions of her recreated childhood and adolescence was via the masterly pencil drawings of Garth Williams, who illustrated all the books in the 1950s. His sketches were beautiful and atmospheric (he also illustrated EB White’s Charlotte’s Web), but they lacked the visual punch a photograph can deliver. It was a strange and disconcerting feeling to finally look at the solemn face of the real, grown-up Wilder in The First Four Years. I wasn’t sure if I was ready for so much reality.

There was a lot more reality to come. For several years, a team at the South Dakota State Historical Society have been working on papers belonging to Laura, and her daughter, Rose Wilder Lane. The first book Laura wrote was in 1930; it was a memoir of her childhood and adolescence called Pioneer Girl and it was intended for adults.

It was never published. Instead, Rose, who was a highly successful – and very highly paid – writer and journalist of the time, advised her mother on reworking it. There has been much controversy and debate in recent years about what kind of input Rose had to her mother’s work. It has been suggested that she rewrote a lot of what were to be the Little House books. What this new book makes clear, through letters and diaries, is that Rose was a masterful editor of her mother’s work. It was Rose, for instance, who urged her mother to write in the third person instead of the first and to write for children rather than adults.

Pioneer Girl, although never published in either of their lifetimes, was to be the source of much of the material Laura mined for her books. By the time she died, in 1957, the mailbox on her property was enormous; it had to be to facilitate all the fan letters.

In the 1970s, the American TV series Little House on the Prairie ran for several years and is still repeated today. It was very popular, but nobody should be under any illusion that it bore any but the most tenuous links to the books.

For several years, a number of people at the South Dakota Historical Society have been working on Laura and Rose’s papers. The result is Pioneer Girl: The Annotated Autobiography. After more than 80 years, Laura’s first and original book, which is the source of all her other books, is available. But there is far more to this publication than the book she wrote; included are notes that the researchers, headed by editor Pamela Smith Hill, have added.

What readers get is social and historical context. They get lots of photographs of the characters from the books, plus maps, backstories and details about what happened to even quite minor characters in the books. They get images of maps hand-drawn by Laura herself of the places where she lived. They get what amounts to a running commentary alongside Laura’s text, and it is utterly compelling.

The researchers used newspapers of the era, the census, land entry files and many other primary sources. The internet helped too, of course.

What do we learn about life in those little houses? I was dreading discovering horrible things. The Ingalls were such a wonderful pioneer family, so close and loving and resourceful in times of great challenges, such as crop losses.

The family really did seem to be as authentic as they were portrayed in the books. In fact, Ma was much more assertive and less of a “yes woman” than you might expect. There are no dark secrets of abuse or drinking. That’s all good news. Pleasingly, it is also revealed that Mary’s middle name was Amelia, Carrie’s was Celestina and Grace’s was Pearl.

Tragedies kept from the books

There were tragedies that Laura did not include in her books for children, including the birth and subsequent death at eight months of her baby brother Freddy when she was eight. “Little brother got worse instead of better and one awful day he straightened out his little body and was dead.”

What’s uncomfortably clear from Pioneer Girl is that life was much harder than Laura records. The Ingalls were frequently desperately poor, to the extent of not having enough to eat, something that is only hinted at in the books.

“Pa gets up from the table without having eaten very much. I understood that he was leaving the food for the rest of us,” she writes. The fact is, at one point Pa had to go to the county commissioners and sign a document stating he was “wholly without means”. For this, the family received a barrel of flour.

At one point, the sisters “stopped going to school for we were not very warmly dressed”. And avid readers will know how much the family valued education.

Pioneer life was often brutally hard. Laura writes about five siblings lost in a blizzard. Three of them froze to death before they were found. The eldest girl “had been so badly frozen that later the doctor had to cut off one leg”.

Laura left out chunks of her life. The books, for example, do not record the time the family spent at Burr Oak after Plum Creek, where Pa went to help manage a hotel. Bad things happen in Burr Oak, things that are in no way suitable for inclusion in a children’s book. At the hotel, there are “several bullet holes made by the son of the man who had sold us the hotel, when he shot at his wife as she ran from him through the door. He had been drunk.”

Worse is the drunken, violent man who lives with his wife in the rooms below them, who spends “a good deal of his time in the saloon”. The Ingalls family wake one night to hear screaming. “Pa went down. He found Mr Cameron dragging her around the room, by her long hair, with one hand, and in the other hand, he carried a lamp bottom side up. The kerosene was running out of the lamp, catching fire and flaming up around his hand.”

Also at Burr Oak, a drunk man dies when he goes to light a cigar and the flame catches the alcohol fumes. He inhales flames and dies.

Things don’t work out for the Ingalls at Burr Oak, but they can’t leave due to mounting debts – rent, grocery bills and doctor’s bills. Pa eventually sells their cow and the family leave at night, bills unpaid. He was a committed family man, but failures trailed him.

Pioneer Girl is thrilling and sad, and very revealing about the people in the Little House books and the times they lived in. There are no awful stories of abuse within the family, and Pa was not the kind of man who lived in a saloon, but the underlying story of the relentless poverty of the Ingalls’ lives is disturbing and horrible. It’s not the charming read that Laura’s Little House books are, but it’s essential for anyone interested in finding out more about her life.