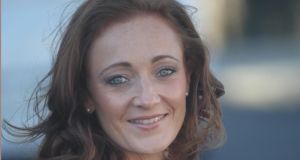 ‘I became a New Yorker in some ways and thrived on the energy, the buzz, the pace and the constant drive to do more, achieve more and better myself.’

When I remember how quickly I jumped on the chance to go live in New York, it is entirely fitting of the city that was about to become my second home. The call to go was as gripping as the city itself.

In July 2008 I was offered a job, and without a second thought I said yes. A month later, I was gone.

I had set foot in the US for the first time two years previously, to take the New York Bar exam, and I was immediately taken by the city. The energy there got under my skin. Two years later, when I set about exploring the job opportunities across the pond, all I was after was a bit of an adventure - a chance to live away from home for a while and experience what it was like to base myself in another country. What I got was so much more.

On my first day in the job, my supervisor and I were walking back to the office in downtown Manhattan, having just left the Criminal Court building. As we passed the Supreme Court, we saw the TV show Law and Order being filmed. The crew were scattered along those famous steps that lead up to 80 Center Street, which for the show becomes Manhattan’s Criminal Court. That was the first of many “only in New York” experiences.

I started as a trial assistant in a public defender’s office in Manhattan, working on cases from petit larceny to attempted murder. This was the stuff I read about in my John Grisham novels and I couldn’t get enough. They weren’t quite the marble corridors I had imagined - the criminal court was old, grimy and loud - but it was the real life courtroom drama that TV shows are made of.

Within a year, I was managing my own caseload, running between courtrooms, juggling court appearances, line-ups, jail visits and crime scene investigations.

Three years in, I was approached about an immigration role in the firm and was soon spending my days in immigration courts, appearing on behalf of people facing deportation from the US. I was driving all over New Jersey and upstate New York, visiting inmates in huge federal detention centres. This brought a whole host of new challenges. Our victories at the Criminal Court had been few and infrequent, but were even fewer and often more devastating at the immigration courts.

There were moments when I would sit in the waiting room of a detention centre, or watch inmates exercising in the yard outside, and I would take stock of where I was, slightly shocked that this was where “adventure” had taken me. I heard someone say recently that New York quickly cuts the corners off you, and I get it. There is no city like it to force you out of your comfort zone.

I quickly realised how lucky I was to be Irish there. People just couldn’t get enough of the brogue, and I was blessed with the added advantage of having red hair, blue eyes and freckles, and I was an Irish dancer. When I arrived into my office on March 18th, 2009 to find a copy of the New York Times on my desk, open on a review of one of our performances the previous day, I realised the power of this very special relationship between Ireland and the US, and the extent to which Ireland is celebrated in the States.

I had a jam-packed five and a half years in New York. I became a New Yorker in some ways and thrived on the energy, the buzz, the pace and the constant drive to do more, achieve more and better myself. Like many of my neighbours, I was up at 5.15am every day to run in Central Park. There was something on every night of the week. I met incredible people, made amazing friends and did things I never imagined I would. New York was the city that kept on giving.

So why did I come home? It’s the first question everyone asks.

The simple answer is because Ireland will always be home.

Coming home is a huge readjustment, and figuring out where you fit back in takes time. It was a surprise to see how much things have changed, and how different I was too. It’s now just over a year since I packed up and came home and I see now, more than ever, how the New Yorker in me is still kicking me on.

I have so much to thank that great city for, not least the Kildare man I met there. Who’d have thought I would go 5,000km to meet a man from 20 minutes up the road from my hometown? It almost seems part of the magic of New York that when the time was right and the boxes were ticked, we would meet there and come home together.

In my final year in New York, I was chairperson of Irish Network-NYC (IN-NYC), where I saw first-hand the incredible work done for Irish communities abroad by the Department of Foreign Affairs and the very real way it affected us all. Having come home to Ireland, I now chair IN-Dublin, a business network for returned emigrants, together with a fabulous board of people who are similarly connected to the US. On a personal level it is incredibly rewarding to have spearheaded the establishment of this group and to be providing a venue for people like me who have returned from the US or are in the same boat as I was seven years ago, about to embark on a whole new adventure, to share experiences and help each other.

I have recently set up my own immigration practice in Dublin, Louise M. Corrigan & Associates, which is affiliated with O'Malley and Associates in New York. I rely every day on the drive and determination that New York instilled in me. I will always have New York to thank for the resilience I now rely on, but I will always have Ireland to thank for so many of the opportunites that were open to me over there and the Irish spirit that would eventually draw me back home.

The daily ‘nap’ at lunch time in China is a great idea, says the Irish soccer coach