Win a weekend at Ballymaloe 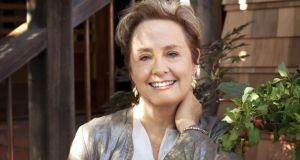 Restaurateur and food activist Alice Waters of Chez Panisse in California will be a speaker at the Kerrygold Ballymaloe Literary Festival of Food & Wine (May 15th-17th). Photograph: Amanda Marsalis

Kerrygold want your favourite kitchen tips, shortcuts, and recipes that have been passed on through generations of family and friends, and the best will win a cookery class and weekend stay at Ballymaloe in Cork.

The #NuggetsOfGold campaign is to promote the Kerrygold Ballymaloe Literary Festival of Food & Wine (May 15th-17th). The festival has attracted a stellar roll call of chefs, restaurateurs and authors, including Alice Waters from Chez Panisse restaurant in California; chef April Bloomfield of The Spotted Pig, John Dory and The Breslin in New York, and Sam and Sam Clarke of Moro and Morito in London, who will take part in cooking demonstrations, discussions and book readings.

The competition will run until May 18th, and the overall winner will be announced the following day. To enter, share a cooking tip, skill or recipe using #NuggetsOfGold on Twitter, Facebook or Instagram and tag @KerrygoldIrl. There will be weekly winners too, with prizes from Kerrygold.

For the full programme of events at LitFest 2015 at Ballymaloe, see litfest.ie