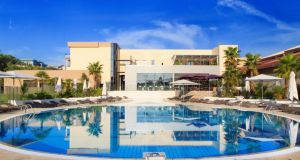 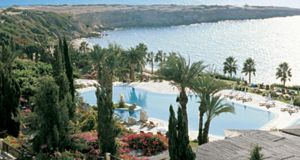 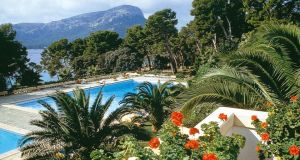 Coral Beach Hotel and Resort, Coral Bay, Cyprus coral.com.cy Athletes from the UK, Belgium and Holland rocked up here for final training before the Olympic Games in Athens, as the track and field stadium in Peya village is two minutes from the hotel. The hotel’s facilities include an Olympic-sized swimming pool, floodlit tennis courts, gym, squash courts, fitness classes and watersports. Doubles from €80.

Barceló Formentor, Mallorca, Spain Tour de France winner and Olympic gold medal cyclist Bradley Wiggins stayed here, as did Team GB’s cyclists in the run-up to last year’s London Olympics because the surrounding countryside makes this a popular training base for many professional cycling teams. The boutique hotel is on a peninsula in 3,000 acres of private grounds. Doubles from €240.