Metalman forges ahead with new beer styles in a tougher market 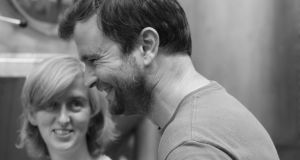 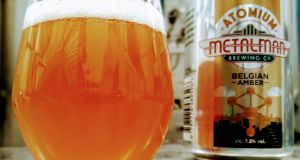 Gráinne Walsh and Tim Barber, co-owners of Metalman, are two former home brewers who began brewing commercially in 2011, making them part of the first wave of craft brewers in Ireland. When I first wrote about them, their beer was being brewed in White Gypsy in Tipperary. They have moved twice since then, having outgrown their original 6.5 hectolitre brewery, graduating to their current 24hl facility in Waterford in 2015.

“At the moment we are pretty well full capacity, but plans to add a few tanks have been put on hold pending the world returning to some sort of normal,” Walsh says. “We were draught-only for the first three years, and then the very first [Irish] craft brewery to release in cans, and only cans.”

They still don’t bottle any beer.

Their latest release is Atomium, a 7.2 per cent Belgian-style amber, with “a nice spicy banana clove thing going on and a soft lingering finish”, according to Walsh. It is produced for their French distributor and has worked well over there in the past. “We decided to try a limited release in Ireland. There is also a more summery one on the way, Razzbeer – a spicy raspberry sour beer, fruity and tart with a gentle heat on the finish. We first made it in 2016 and decided it was time to revisit.”

The Metalman Pale Ale is still their best seller by far. “We don’t mind; it’s nice to make something that people like, and it is such a versatile style with so many interpretations,” Walsh says.

Before coronavirus, business was competitive. “We saw more downward pressure on prices. It’s a challenge for small brewers who don’t have the same economies of scale. On the plus side we are starting to see breweries focusing on specific styles of beer, like barrel-aged beers. That would have been inconceivable until recently and that is great to see.”