Food file: Mexican food that gives and a doughnut revolution 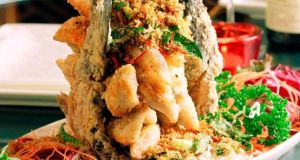 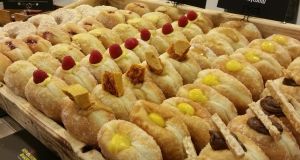 Doughnuts just got turbo-charged with the arrival in Dublin of Revolution Bakery, run by Patrick Ryan of Firehouse Bakery in Delgany and on Heir Island. Ryan has taken a unit in Blackrock Market to handcraft a range of doughnuts with flavours and fillings such as salted caramel with honeycomb, and passionfruit and vanilla meringue.

“The secret to our doughnuts is simple, we use a slow fermented dough. We refuse to use additives, preservatives or pre-mixes, and that goes for the fillings, glazes and compotes too,” says Ryan.

Revolution Bakery will supply cafes and shops and are on sale in 3fe, Union Cafe in Mount Merrion, Roasted Brown in Temple Bar and Avoca shops (Thursday to Sunday). They will also be sold from a Citroën van that will pop up across the city.

So many ways to celebrate Chinese New Year

Chinese New Year brings a fortnight of colour and spectacle to Dublin (February 6th-21st), with the monkey the star turn this year. The new year begins on Monday, February 8th.

In Ashbourne, Co Meath, Eatzen restaurant is planning a Chinese New Year party on Sunday, February 7th, featuring lion dancers. Owner Tim Tang and chef Lam Siu Yim will be adding whole fish to the menu that day as, traditionally, whole fish is served in China for this important celebration to symbolise unity.

Zambrero, a Mexican fast-food chain with a philanthropic twist, opens its first branch in Europe on Hatch Street, Dublin 2, on February 24th. The chain, which was set up in Australia 10 years ago by Dr Sam Prince when he was a 21-year-old medical student, specialises in healthy food, and for every burrito or bowl sold it donates a meal to someone in need via its Plate4Plate charity. Seven million meals have been donated this way by the chain’s 100 outlets.

The Irish outlet is being set up by Leinster rugby player Darragh Fanning, who became familiar with the brand when he was playing in Australia.

Róisín Ingle: The resilience of my children has taken my breath away
3