Spanish wine to savour: Four superb bottles for under €20 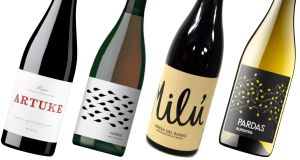 We Irish like Spanish wine. Recent figures show that we are the seventh biggest market in the world for Rioja and the fifth most important for Rías Baixas. Given our relative size, these are impressive statistics. Yet, as a wine lover, my one grumble would be that too many of us still ignore the wealth of amazing wines being produced in every other part of Spain.

Spanish wines have been in a state of flux ever since the country joined the European Union (or the EEC, as it was then) in 1986. At first winemakers tried out the so-called international grape varieties such as Cabernet Sauvignon and Chardonnay. Then they fell in love with huge, ripe oaky alcoholic monsters that inevitably came in huge, heavy bottles.

It took the recession to bring on a generation of younger winemakers (including women in what was once a male preserve) who had been to wine school, travelled the world and went on to change things for ever. This group returned home to rediscover an old but forgotten Spanish heritage – local grape varieties, ancient vineyards and wines that genuinely had a unique sense of place.

Recently I came away from a tasting held by wine importer Vinostito with a warm glow, not brought about by the alcohol but by the amazing wines I had tasted. This was one of the best tastings I have attended in years.

It was not exclusively Spanish; the rest of Europe and Chile also featured, but the quality and depth in the range of Spanish wines was quite amazing. As well as a host of star Spanish winemakers, we even had footballer David Luiz (who has interests in wine) making a cameo appearance.

In addition, three of the trailblazers for the new Spain – Telmo Rodriguez, Rafael Palacios and Peter Sisseck – were showing their wares. But the real stars were the wines; we tasted a huge range of wines made from a diverse range of grapes, including rarities such as Malvar, Lado, Grao Negro, Caiño, Listan Negro, Sumoll, Rufete, Callet and many more.

This week four wines, all costing less than €20, made exclusively from indigenous Spanish grapes, and all offering amazing value for money. I could have included dozens more. Vinostito wines are widely available in independent wine shops, so make sure you take a look in your local for a taste of the new Spain -– alongside your Albariño and Rioja.