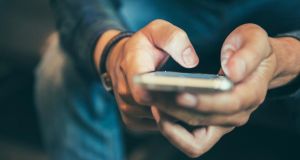 Social media is now a battle ground for those presenting their own versions of the world. Photograph: Getty

Ineluctable modality of the visible. What? It’s the first five words of the Proteus episode of Ulysses: which I wanted to use because, you know, it might make me sound clever.

In Proteus, Stephen Dedalus goes for a walk on Sandymount Strand. He thinks a few thoughts, has a few memories. He has a pee, then thinks a few more thoughts. That’s pretty much it. All the car chases and gratuitous sex comes later in the book.

What does ineluctable modality of the visible mean? Damned if I know. This is Ulysses, after all, a book that launched a gigantic interpretation industry. Joyce wanted the novel to avoid strict meaning – or at least, to invite more and more of it. Ulysses is a slippery thing, always avoiding being pinned down with one truth.

So, what it (kind of) means is that we can’t quite believe what we see. The physical world is mediated through our eyes: what we “see” are electrical patterns formed in our brains.

If we can’t agree on basic reality, then it becomes impossible to see others’ point of view

These patterns may resemble the physical world, or be nothing like it. Or we could all be seeing different versions of the same thing. All we can know for sure is that we have perceptions of “things”, and Stephen Dedalus concludes that at least these perceptions are real.

If you’re a Joycean scholar, give me an F and move on. This was all big modernist stuff a century ago. The Proteus episode was concerned with the nature of truth, if such a thing existed, and like many other modernists, Joyce (seemed) to conclude that your version of truth is all you have.

This idea persisted into academic post-modernism and post-post-modernism and the era we are in now, whatever it’s called, while the increasingly spooky science of physics bolstered the notion that everything is relative. And this has leeched into all our lives. We all have our personal truths now, which must be respected because commonly-agreed “truth” is crumbling around us.

Take any public issue being fought out on the battlefields of social media, and it’s quickly obvious that the combatants aren’t fighting over the thing itself, but competing versions of reality. Like Schrodinger’s cat, climate change exists and doesn’t exist at the same time.

It’s a planetary emergency or a massive scam, with the foot-soldiers firing links at each other like missiles. The links are supposed to be proof for their respective cases, but neither side believes in the provenance of this information. The missiles are duds. The only reality they can agree on is the here and now: the fight itself.

People in the Russia-is-evil camp maintain that Putin doesn’t have any particular aim; just to sow as much discord as possible. And if that’s true, then he’s doing a brilliant job: because public discussion is starting to devolve into a series of meaningless shrieks. It’s impossible to debate someone who doesn’t believe that two plus two equals four: especially when there’s a ready supply of people to tell them that it can be any number they want, and that by claiming the answer is four, you are almost certainly in the pay of Big Maths.

Some seem to rejoice in this disintegration, perhaps believing that something better will emerge from the ruins. But if we can’t agree on basic reality, then it becomes impossible to see others’ points of view. It becomes difficult to see other people at all.

Food & Drink Quiz: Black Forest gateau is made with which fruit?
8