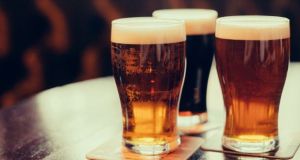 A Canadian brewery and a leather store in New Zealand have found themselves in a hairy situation after using te reo Maori to unwittingly name their respective brands after pubic hair.

The brewery, Hell’s Basement, called its New Zealand Pale Ale HuruHuru, while a shop in the New Zealand capital, Wellington, gave its entire outlet the name. “Some people call it appreciation, I call it appropriation,” the te reo Maori exponent and TV personality Te Hamua Nikora said on Facebook, after explaining that most Maori would use the word “huruhuru” as a reference to pubic hair.

Nikora said he had contacted both the store and the brewery informing them of their mistake.

He asked for non-Maori businesses to use their own language to promote their products.

One of Hell’s Basement’s founders, Mike Patriquin, acknowledged in a statement to the news site RNZ that the company thought that huruhuru meant “feather” and didn’t realise it was a reference to pubic hair.

“We did not realise the potential to offend through our artistic interpretation, and given the response we will attempt to do better in the future,” Patriquin said.

He said it was not the company’s intent to infringe upon, appropriate, or offend the Maori culture or people in any way.

“To those who feel disrespected, we apologise. We also do not think pubic hair is shameful, though we admit it may not go well with beer.”

A spokesperson from Wellington leather store Huruhuru also said they had meant no offence by the name of their outlet, which they also intended to mean wool, feather, or fur.

Aynur Karakoc said the company got approval for the name from the Intellectual Property Office’s Maori advisory committee. However, they did not have the money to undergo a rebrand.

Two years ago, Coca-Cola’s attempts to combine te reo Maori and English backfired, when the company inadvertently wrote “Hello, Death” on a vending machine in New Zealand stocked full of the drink. The machine was emblazoned with the words “Kia ora, Mate”, which translates as “Hello, Death”. – Guardian

L’Gueuleton: A much-loved French bistro is bang on the money

‘We poured our hearts and souls into it’: Last orders as landmark pubs and restaurants sell up
6