50% VAT increase for restaurants is ‘massive ... margins are so tight’ 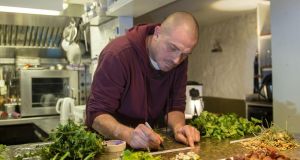 Next year’s avocado toast just got more expensive, but it’s all in the name of a fairer tax system. That’s the thinking behind the Government’s increase in VAT for restaurants from next January, up to 13.5 per cent from the 9 per cent it has been at for seven years – an increase of 50 per cent in the rate.

The 9 per cent rate was a lifebelt thrown to the restaurant and hotel industry in a deep recession, but it had become a “significant deadweight” in an assessment by the Department of Finance concluded earlier this year. The cut cost €2.6 billion in lost revenue. Now we have a buoyant hospitality business, officials said, and disposable incomes are in good shape to mop up the extra cost.

It’s spending power rather than price that determines whether we head out for dinner, officials argued when the industry warned of huge job losses and closures. Restaurants and hotels are hit hardest when disposable income falls, but they’re the first boat to bob up when it rises. The International Monetary Fund and Organisation for Economic Co-operation and Development both recommended eliminating the preferential rate this year. It is deemed not to be a progressive tax, because keener menu prices benefit only citizens who can afford to eat out.

Restaurants could feel like victims of their own success. “We anticipated it,” Christine Gannon of the Old Convent in Clogheen, in Co Tipperary, said. “We held our price for 10 years at €65 a head.” Last Monday they raised the price of their eight-course tasting menu to €75. “We’re trying to keep the quality up, and we don’t think our customers want us to drop it.” How have their diners reacted to the rise? “I haven’t had any negative reaction,” Gannon said. But she believes the increase will hurt the industry. “Margins are so tight in restaurants, a 4.5 per cent increase, that’s massive. I really, really hated to raise the price, but after 10 years it was time.”

People have been busting a gut to hang on for the last 10 years. Let them get real. Come out of Dublin and talk to people in country hotels or seasonal restaurants

The chef Darina Allen said the increase would hit hardest in rural Ireland. “Dublin is absolutely flying, and you can’t get a bed, but, my God, it’s so so different around the country. They’re only just managing, and this is not whingeing, but they’re only just just managing to hang on by their fingernails. They’re just beginning to think they could reinvest or put away a cushion for the next downturn.”

The 9 per cent rate helped people who wanted “to do a really good job, really buy good ingredients”. That sourcing from small local producers has had “a ripple effect out into the community to keep everything going”. Allen believes Dublin-based policymakers have no understanding of the situation in rural Ireland. She said she found herself “on the same page” as Michael Healy-Rae. “People have been busting a gut to hang on for the last 10 years... Let them get real. Come out of Dublin, out into the country, and talk to people in country hotels or seasonal restaurants.”

The chef Damien Grey, of the Michelin-starred Heron & Grey, in Blackrock, Co Dublin, said the increase probably wouldn’t affect their bookings but would change what they did. “We prided ourselves on being a Michelin restaurant that’s relatively affordable.” Its €74 menu would have to increase to €77 or €78. “I’ve got to pass that on, which makes us now look expensive. I can’t afford to absorb it.”

It’s too soon and too much. There’s still uncertainty with Brexit. And restaurants are always on the front line for any sneeze in the economy

Is the recovery robust enough for restaurant-goers to pay higher prices? “Yes, we are robust enough to sustain some increase. In France it’s 11 per cent, so if it [were] a 2 per cent increase we should be able to take it... But I don’t want to charge people stupid money to eat out. I don’t think it’s going to hurt me too much, but it’s the principle. And the guys in the country, it’s going to hurt them really hard. It’s too soon and too much. There’s still uncertainty with Brexit. And restaurants are always on the front line for any sneeze in the economy. It’s a bastard of an industry to be in.”

In Midleton, Co Cork, Kevin Aherne, the chef-patron of Sage Restaurant, said they would have to make tough decisions about their business, which employs 36 people. “The last decision you want to make is to affect the wellbeing of staff.” Can he pass any increase on to his customers? “There’s so much competition. Everybody’s trying to give value, and some restaurants will be able to soak it up.” Aherne buys his ingredients within a 20km radius of the restaurant. “We pay over the odds for provenance, sourcing from small producers, so it’s very difficult to soak up any more.”

Will the increase be harder on rural restaurants than on Dublin ones? “I’m not sure I’d wholly agree with that. There’s a lot more competition in Dublin than in other parts of the country, and you’ve higher rents, rates, and higher costs of living.”

Michelle Darmody, the former owner of the Cake Cafe, in Dublin, said she noticed a real difference in spending during the recession. “People would see lots of people, and it would look really busy, but the average spend was way down. Quite a lot of people were sitting there for ages with just a cup of tea and a scone.” As the economy improved the spend per table increased, with a glass of wine with lunch and cake and coffee to finish.

“I understand the logic. Health and housing really need investment,” Darmody said. “But if you’re a food business that supports producers of food in Ireland, and tries to pay staff a living wage”, the VAT increase makes those much tougher. “It would make sense to allow small businesses to have a bit more leeway and introduce it incrementally.”

Claire Hanley, a caterer, said the 9 per cent VAT rate had allowed the industry to improve. “There’s far more innovative cooking out there. The whole food movement has gone so well since the reduction.” She believes the emphasis on “really good produce and really good ingredients” will shift. “Places where their income is based predominantly on drink sales probably won’t increase their prices.” So it’s the places where the emphasis is on food that will be hit hardest, she said.

A small restaurant is a very different business to Dalata-owned hotels. But they’re being just washed in with that. The most expensive thing in a restaurant is the labour

The Michelin-starred chef Ross Lewis, of Chapter One in Dublin, said the industry “reacted really well” to the downturn. “Standards have really gone up. Restaurants overdelivered in terms of making Ireland an attractive tourist destination when there was not enough funding into the education of chefs and training of restaurant staff.” All costs were now “pointing north,” he said, and the industry was facing a “chronic undersupply of staff”.

“A small restaurant is a very different business to Dalata-owned hotels. But they’re being just washed in with that. The most expensive thing in a restaurant’s chequebook is labour.” Will he be passing on the increase to his diners? “I think I will,” he said.

Those diners will be fewer anyway, because of the timing of the change. The increase will arrive in January, at what Lewis describes as the toughest time in the restaurant calendar. “There’s a very large overwash of tourists, particularly in the summer months, and a lot of mouths are fed on that, but in January, February and March it’s domestic business only.”