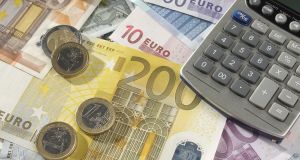 Middle income earners will save about €250 in tax a year on the back of changes in Tuesday’s budget.

The self-employed and families with stay-at-home parents are set to gain the most from tax cuts announced in Tuesday’s budget, as Minister for Finance Paschal Donohoe outlined a range of modest tax cuts that will cost the exchequer some €350 million.

The changes mean that a single worker earning €45,000 a year will save €150 a year on income tax, and a further €77 on USC. A married couple with one income of €55,000 will also save €150 in income tax a year and a further €102 in USC – or about €5 a week. Savings for a self-employed person on similar earnings, however, will be about €450 due to the expansion of the earned income credit, while families with a stay-at-home parent will also see their tax bill cut by an extra €300 next year.

Announcing his range of income tax cuts on Tuesday, Mr Donohoe said he wouldn’t be drawn into making “unrealistic promises” which could risk repeating mistakes and “undermining the stability of tax receipts”.

Against this background, his tax cuts were largely as expected and modest in scope.

The main move to alleviate the tax burden of the so-called squeezed middle was to increase the threshold at which workers start paying the higher rate of income tax.

“Fewer people on incomes around the national average will have any income subject to the 40 per cent rate of income tax,” Mr Donohoe said.

There were also changes signalled to boost the incomes of those on the minimum wage. To ensure that a worker on the minimum wage, who will see an increase in their hourly rate from €9.55 to €9.80 following the recommendation of the Low Pay Commission, won’t see their extra earnings swallowed up by tax, the ceiling of the second USC rate band, of 2 per cent, will be increased from €19,372 to €19,874.

In addition, the weekly threshold for the higher rate of employer’s PRSI will be increased from €376 to €386 “to ensure that there is no incentive to reduce working hours for a full-time minimum wage worker”. The total cost of the USC changes were put at €123 million in a full year.

There was also some good news for the self-employed. They will continue to pay the USC surcharge of three percentage points on incomes of €100,000 and over but the earned income credit, first introduced in January 2016, has risen by €200 to €1,350. This will save those who are self-employed €200 in tax a year, though it still lags the €1,650 PAYE credit.

Combined with the other changes, it means that a self-employed single person, earning €55,000 a year, will save about €450 a year. The full-year cost of increasing the credit is €48 million.