Can you find love on Tinder? 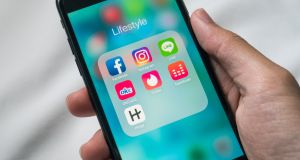 What is wrong with men? When you are selling yourself on a dating site your picture is vital

Tinder burst on to the scene in 2012, quickly becoming the best known dating app in the world.

However, for almost as long as these apps have existed, there has been controversy about them being popular for those intent on bad, and criminal, sexual behaviour. In the past year alone, several people have been convicted of rape in Irish courts after meeting women online.

Tinder is credited with starting a “swipe right” culture that includes casual sexual hook-ups, but research from the Norwegian University of Science and Technology has found that using picture-based dating apps – as opposed to dating services where the user provides personal information – doesn’t lead to an increase in casual sexual encounters.

In a survey of more than 600 university students aged 19 to 29, it was found on average that long-time users of the app did not tend to have more short-term partners than non-users. So, for those lamenting the death of romance by Tinder, it appears that the app doesn’t change pre-existing behaviours; however, those seeking casual flings are more likely to be users.

The age span for users of Tinder has greatly increased and covers 20-80 year olds. People put up a photograph of themselves and a short biography. Viewers then decided if they would like to communicate by swiping right or left.

I joined Tinder after a couple of years being a widow. I had found it hard to meet men, even for just a drink. Encouraged by friends, I decided to give it a go recently. It was very easy to set up a profile. I was surprised at the type of people who are on Tinder, many are professionals, academics and health service executives.

I jumped into the dating scene and quickly had a number of dates set up. I picked Costa Coffee in Dame Street as a meeting place. However, my first four tries ended up in me being stood up! The fifth was more successful and I met the most beautiful man I have ever seen. Three dates in and I am completely smitten. He is absolutely gorgeous and I am looking forward to more dates.

The sixth man who contacted me was very good looking. Immediately he made it clear that he did not want a complicated relationship, he was already married and had a girlfriend. He made it very clear that there was to be no drama and sex is all he wanted. He persistently wrote about what he wanted in bed. He’s still waiting for a date.

By the way, what is wrong with men? When you are selling yourself on a dating site your picture is vital. Photos of your children, your ex, guitar, car, motorbike, on skis, sailing, cycling, mother, and other relatives are not selling you, and nor are photographs of your grubby underpants. Happy hunting.

1) Never give all your details to a date
2) Never meet in a secluded place
3) Tell someone where you are going and who you are meeting, get as much details as you can
4) Always use a condom - never have unprotected sex
5) Remember the three date rule before sex.
6) Do not send explicit photos of yourself, no matter how tempted.