With its manicures, facials, hot towel shaves and extra treatments, this salon in central Dublin is ‘a big step up from your normal barber’, according to our secret shopper 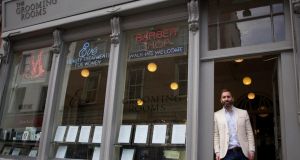 Best Salon The Grooming Rooms The barber business is booming now, but the Grooming Rooms were ahead of the curve, opening in 2007. Owners John Erraught and Cian McDonald took a traditional service and turned it into a singular experience that includes barbering, manicures, facials, hot towel shaves and more, all in an elegant Georgian townhouse with a club-like feel.

The pair had met through the film director Neil Jordan; McDonald was Jordan’s PA and Erraught worked on the 1994 film Interview With A Vampire as Jordan’s assistant. Each was looking to develop a business idea and they made the decision to take on the lease of a full building in Dublin 2, inspired by a visit to a men’s salon in Melbourne.

They hired two barbers who were on sabbatical from Brown Thomas (then undergoing refurbishment) and who brought their political and business clients with them. The shop was fitted out with a pewter counter bought in the Parisian marché aux puces (flea markets) and display cabinets by Patrick McKenna of Wabi-Sabi.

“The space is really elegant and grown up. There was nothing like it when it opened, and I think that is still the case,” said judge John Redmond.

Our secret shopper called it “a big step up from your normal barber”.

He was impressed by the reading material – GQ, the Economist, the Financial Times and The Irish Times – and the fact that the barbers “talk to you if you want to talk, but don’t force conversation”. 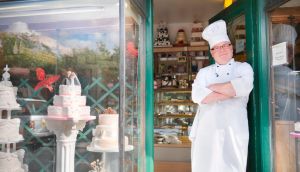