‘We are all migrants’: Posters highlight human stories 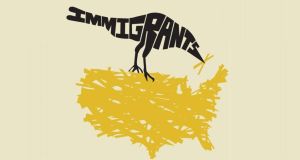 Poster by Mary Pennington from the US is one of 50 on display at the Embassy of Mexico in Dublin. 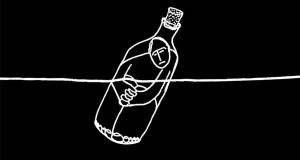 ‘Human Rights of People in Migration’: Poster by Mohsen Heydari from Iran is one of 50 on display at the Embassy of Mexico in Dublin.

There are more than 250 million international migrants in the world now, up from less than 200 million in 2005. Most are economic migrants, but a growing number are refugees. Some move by choice, some from fear. The US is the most popular destination, with 46.6 million migrants now living there.

In an effort to draw attention to the many human stories behind these migration figures, Mexican human rights organisation Escucha mi Voz (Hear my Voice) held an international poster contest on the theme “We are all Migrants/Todos somos Migrantes”.

The competition received more than 1,000 entries from designers on five continents. Of those, 50 posters from 48 countries have been chosen to be part of an exhibition now touring the Europe, starting with Dublin.

Entries range from simple line drawings, to colourised photographs and intricate woodblock prints. Motifs of birds in flight, and barbed wire appear repeatedly. Some images, such as the flag planted on the moon by Dorian Guillermo López in Ecuador, raise a smile.

Given Ireland and Mexico’s common history of migration to the US, the Embassy of Mexico chose Dublin to hold the first exhibition of these artworks.

The Mexican Embassy in Ireland and the Mexican Agency for International Development Cooperation are promoting the project, sponsored since its inception by the Dirección Cultural de Zapopan in Jalisco, Mexico, and supported by the Consulate General of the United States in Guadalajara.

The exhibition runs at the Embassy of Mexico, 19 Raglan Road in Ballsbridge, Dublin 4, from Wednesday April 12th to May 12th (with the exception of April 14th to 17th). It is open from 10am to 1pm and 3pm to 5pm, Monday to Friday.