The Irish nun who opened schools for the deaf in Australia 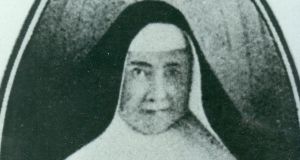 In 1915, the death of 71 year-old Dubliner Sr Gabriel Hogan was reported in Australian and Irish newspapers, where she was described as “an exceptional teacher, mother, guide and model” (Catholic Press, December 2nd 1915). She had, 40 years previously, established the first Catholic deaf school in New South Wales and left a lasting legacy in the provision of deaf education in Australia.

Born in 1844, Ellen Hogan lost her hearing as a result of childhood scarlet fever. At a time when infectious diseases thrived on widespread child poverty and a lack of affordable medical care, acquired hearing loss was a reality for many. The 1851 Census recorded a total of 5,180 deaf people in Ireland, of whom around a tenth had acquired deafness.

When Hogan enrolled in Cabra School for the Deaf, it was one of just six such schools in Ireland – four in Dublin, one in Belfast and one in Strabane, Co Tyrone. The provision of deaf education was an important step because, over time, it resulted in the training of deaf teachers like Hogan.

She was unable to pronounce her vows publicly, papal approval had to be sought for her profession

Immersed in Dominican life at the school, and assistant teacher to its 100-or-so pupils by age 13, Hogan wished to become a nun. However, because she was unable to pronounce her vows publicly, papal approval had to be sought for her profession as Sister Gabriel in 1867.

A few years later, a family in New South Wales approached the Dominican order, seeking a Catholic deaf education for 12-year-old Catherine Sullivan. Their request for a trained deaf teacher was passed on to Cabra School, and Sister Gabriel volunteered for the post. Shortly after her arrival in New South Wales in 1875, Rosary Convent for the Deaf and Dumb, as it was then known, was established.

Starting with a two-pupil class, Sister Gabriel’s school grew slowly, with 17 girls and 13 boys enrolled by 1885. Concerned about the many deaf children who were unable to access education, Sister Gabriel requested additional funding from the Archdiocese of Sydney. This led to the foundation of the first purpose-built Catholic school for deaf children in New South Wales. By the early 1920s, more than 200 girls and 100 boys had passed through Waratah school, which operated until 1976.

At the time, there were widespread attempts to replace sign language with spoken communication and lipreading. Prevailing attitudes towards sign as a less acceptable form of communication are clear in a resolution made at the 1880 congress of teachers of the deaf in Milan, that all schools for deaf children should favour oralism. Sister Gabriel was opposed to this decision, believing that it would fail “to cultivate their minds with the vast amount of useful information they might acquire, by reading and explanation, in their natural language of sign.” Her defence of manualism outlived her at Waratah, where sign continued to be taught until the 1950s.

Hogan aimed to improve the social and economic status of deaf people through education, but her activities reached beyond the school walls. She was one of the founders of the Australian Catholic Deaf Association, whose committee was made up of Hogan’s former pupils, and which provided an important means for deaf people to socialise and worship.

The Irish Independent noted in January 1916 that Sister Gabriel had “devoted her life to the instruction and uplifting of the deaf.” She played an important role in providing education for children whose needs would otherwise have been neglected, and whose number must have included children of the thousands of Irish who started new lives in Australia.

This Extraordinary Emigrants article was written by Dr Angela Byrne, Department of Foreign Affairs and Trade historian-in-residence at Epic The Irish Emigration Museum in Dublin’s Docklands. Learn more about the Irish in global education at the exhibition, “Irish Educators Abroad: Building Something Wonderful” at Epic, opening June 6th and running until the end of September.