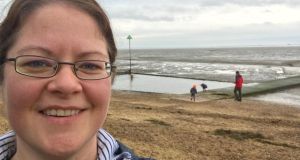 Donna Hillyer: 'The Irish relationship with England will always be complicated, and it can be frustrating at times to see the lack of self-awareness and knowledge about the role the country has had to play in its next-door neighbour’s history.'

I left Ireland for London 15 years ago, four years before the recession hit, at a time when some people thought I was mad to go: Ireland was booming, work was plentiful, houses were flying up. I was part of a generation of people privileged to leave by choice.

England has been good to me; I’ve been made to feel very welcome, and I’m happy here. I’ve contributed in my own small way, too. I work in book publishing as an editor; in what is traditionally a very middle-class industry, it’s valuable - though still uncommon - to have people of working-class origins who are able to bring that perspective and representation to the fore.

It is, however, a challenging time to be an EU citizen in the UK right now. It has been, quite frankly, an exhausting three years since Brexit, when the Leave campaign - based on lies and misinformation - tipped its win by 3.78 per cent.

The veil’s been lifted, and the message has been shouted loudly ever since: you’re not welcome. Government data shows that “in 2017/18, there were 94,098 hate crime offences recorded by the police in England and Wales, an increase of 17 per cent compared with the previous year… This continues the upward trend in recent years with the number of hate crimes recorded by the police having more than doubled since 2012/13”.

The right-wing’s message was especially drummed home to me when I was on the receiving end of the English Democrats’ latest propaganda-based political campaign mail last week, ahead of the European Parliament elections on May 23rd. How campaigns here are still able to use the kind of misguiding, inflammatory rhetoric that nudged Leave to a marginal win (with Vote Leave having since been found guilty and fined for breaking electoral law) is mind-boggling. The anti-immigrant rhetoric that screamed at me from the English Democrats’ campaign leaflet’s pages prompted an almost visceral reaction.

To its rallying cry for English history to be taught in its schools, a host of EU recipients - especially the Irish - will cry, “Yes, please!” The Irish relationship with England will always be complicated, and it can be frustrating at times to see the lack of self-awareness and knowledge about the role the country has had to play in its next-door neighbour’s history. The more negative side of England’s history is simply not taught, not even at university history degree level.

For example, there was an outpouring on Twitter last year after the hit series Victoria explored the reality of what the Great Famine was - a genocide, using the potato crop’s failure as a springboard - and it became clear how so many people here don’t know Ireland’s history, or the part England had to play.

If people aren’t taught their own history, how can they have a greater perspective? Seeing what’s happening in the UK, the US and beyond, it’s becoming clear that, more than ever, education and facts are essential, especially politically, as is our engagement with the latter, and our ability to critically think and dissect the information - fact and lies - being presented to us in this post-truth world.

It makes current Irish Junior Cycle reforms - removing history as a core subject up to Junior Cert level from September - feel even more problematic. It was reported by The Irish Times last month that “The National Council for Curriculum and Assessment (NCCA) does not recommend the subject to be restored as a mandatory subject”. I hope that Ireland’s Minister for Education Joe McHugh looks at the current political landscape when weighing up the final decision, and sees how important it is that Ireland as a nation retains its grasp on national and global history and politics.

With a UK government that appears party-driven rather than people-focused, political exhaustion and apathy are almost inevitable. However, this is exactly how right-wing politics thrives.

A survey compiled by Opinium Research has found that Nigel Farage’s Brexit Party (with no manifesto or ideas of any kind, and just one policy: demanding a no-deal Brexit) is worryingly in second place behind Labour, having overtaken the Tories.

This is exactly why the Irish in the UK, who have a vote in Thursday’s European Parliament elections, must remain politically engaged, now and moving forwards. We must stand up and make sure our voice is heard. This is our chance to help reshape the politics of the UK and Europe, confront racism and xenophobia, and put power in the hands of parties with massive issues - like the climate change crisis - at the core of their manifestos.

Donna Hillyer an Irish freelance book editor and writer living in the UK. donnahillyer.com. Follow her on Twitter @donnahillyer