Irish in Britain: Why I’m campaigning for voting rights of emigrants 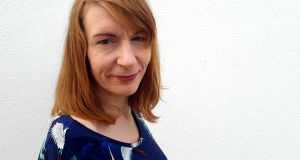 As the last millennium drew to a close, I was the first in my family’s recollected history to become a mother without first becoming a wife. As the previous century turned to this one, I was the first of us to be wed in a registry office and not the Catholic church as my ancestors were. Within a decade, I was the first of my relatives to divorce. The latest chapter in my story began a few short years ago when I became the first to subsequently remarry.

In our modern country, my personal firsts have each become unremarkable, neutral, quotidian events. A generous telling of my story could frame them as valid milestones, the consequences of choices made in a life lived fully and unafraid. In a not-forgotten Ireland, however, each of these episodes would have been seen as acts of transgression, to be spoken of only in whispers, or in shamed silence, never to be spoken of at all.

More than 100 years have passed since 1918 when the first women in Ireland gained the right to vote, and Constance Markievicz became the first woman to be elected to the House of Commons. Some 89 years previously, the Roman Catholic Relief Act of 1829 removed many of the restrictions of the unjust penal laws that had subjugated so many of the Irish population for so many years. These events did not happen by accident and were due to the sustained endeavours of the suffragette and emancipation movements, whose efforts were marked with determination and selflessness.

In contemporary Ireland we enjoy rights that many of our ancestors did not have: the right to vote, to own property, to have an education. Equality law is firmly in our statute books and we have wide individual protections through being citizens of Europe. We can take these rights for granted precisely because people who came before us had to fight for them, sometimes at great personal cost. In short, they spoke out and defied the previous conventions and norms, so that we would not have to.

Our progress as a democracy and society gives us a lot to be both proud of and grateful for - but we do not yet have “universal suffrage”. There are still some democratic rights that are not afforded equally to all Irish citizens. While more than 100 countries around the world extend the franchise to their overseas nationals, Ireland has yet to do so. Ireland also stands almost starkly alone in Europe in having no provision for overseas voting, when more than 30 of our neighbours include their citizens abroad in the democratic process.

At Ireland’s Constitutional Convention in 2013, an overwhelming 78 per cent voted in favour of extending the presidential vote to citizens overseas. In 2015, following criticism by the European Commission,the Joint Oireachtas Committee on European Affairs made the same recommendation. The results of a behaviour and attitudes poll published in the St Patrick’s Day edition of the Irish Sunday Times revealed that two-thirds of the public felt the same. Participation of Irish nationals around the world in these elections dovetails seamlessly with the global role of Uachtarán na hÉireann, and honours President Michel D Higgins’ own visions of “Inclusive Citizenship” and a “Shared Future” to create a “Real Republic’ through his presidency.

Events of the past few years have proven Ireland to be a progressive society, a beacon of hope in a time when regressive populism is on the rise in large parts of the world. In this climate, the absence of overseas voting provision is felt all the more keenly by the Irish in Britain, who see the positive forward strides of the Irish Republic as they themselves stand to lose their right to vote in European elections after Brexit. This disenfranchisement would breach their rights as EU citizens and they would be anomalous among other EU citizens in Britain who would still be able to vote from overseas in EU elections in their home countries.

Next to the sacrifices and achievements of the suffragettes and the emancipators, my own tiny rebellions are not on the same scale. But a common power lies in their primacy, their “firstness”, their breaking with tradition, the heralding of a wider, more generous accepted definition of the ordinary and normal.

The endorsements by the Constitutional Convention and the Joint Oireachtas Committee of extending the franchise represented great progress for our democracy, but in order for this to be enshrined in our constitution, it needs your “Yes” vote in the October referendum approved by the Cabinet earlier this month. When you go to the polls in October, you can participate in forging a more equal citizenship for all Irish nationals and create some new firsts for those who come after you, by voting an affirmative “Yes”.